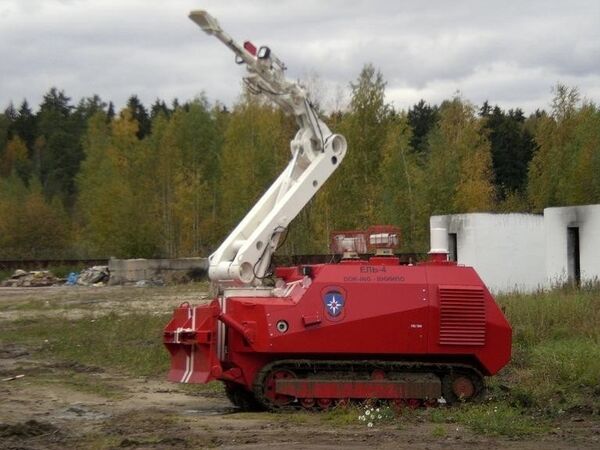 A military robots development laboratory will be set up at the Degtyarev arms factory in the central Russian city of Kovrov, Russian Deputy Prime Minister Dmitry Rogozin said on Tuesday.

“The decision has been discussed by members of the Military-Industrial Commission, representatives of the Defense Ministry and the Trade and Industry Ministry,” said Rogozin, who oversees the defense industry.

The “battlefield robot” project, which could involve other enterprises, will be implemented as part of a state-private partnership, and carries serious development risks, Rogozin said.

Those risks will be justified, however, if this leads to the creation of new types of military robots for the Armed Forces he added.

On Monday, Defense Minister Sergei Shoigu admitted that unmanned aerial vehicles (UAV), ground-based robotic systems and unmanned submersibles being developed by Russian industry for the Defense Ministry are inferior to their foreign analogs.

Rogozin said in mid-May that Russian experts are developing robots designed to minimize casualties in terrorist attacks and neutralize terrorists. Robots could also help evacuate injured servicemen and civilians from the scene of a terrorist attack, he said.

Rogozin did not say when such equipment might be deployed by Russia’s security and intelligence services.

Human Rights Watch has criticized fully autonomous weapons, or "killer robots," which would be able to select and engage targets without human intervention, and called for the preemptive prohibition on such weapons.

“These weapons would be incapable of meeting international humanitarian law standards, including the rules of distinction, proportionality, and military necessity. The weapons would not be constrained by the capacity for compassion, which can provide a key check on the killing of civilians,” the human rights watchdog said. “Fully autonomous weapons also raise serious questions of accountability because it is unclear who should be held responsible for any unlawful actions they commit.”