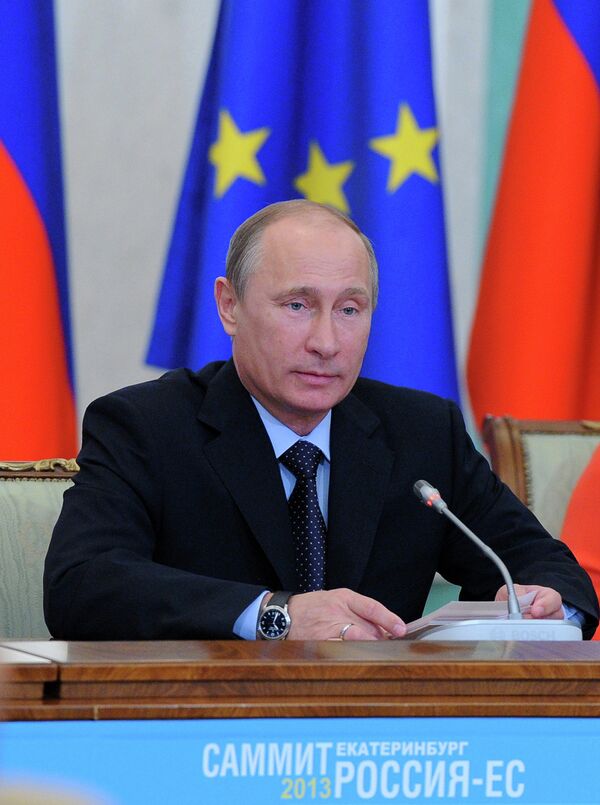 “Needless to say, we have made an assessment of the EU foreign ministers’ decision last week to lift the embargo on arms supplies to the Syrian opposition. I won’t hide it: We’ve been disappointed,” Putin told a news conference after a Russia-EU summit.

“Any attempts to influence the situation by force, direct military intervention are doomed to failure and would be bound to entail serious humanitarian consequences,” Putin said.

“We have agreed to coordinate our joint efforts more closely” to hold an international conference for Syria, he added.