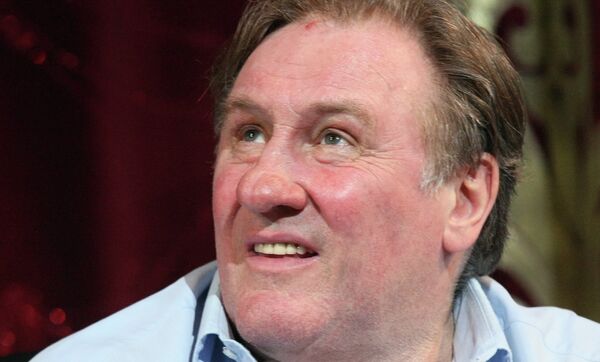 “Today is the last day of filming [in Chechnya],” a ministry spokesperson told RIA Novosti on Tuesday. “The crew will fly tomorrow to Moscow to continue work on the movie there.”

The filming of the movie, titled “Biryuza” (Turquoise), started in Chechnya in May. The movie, directed by Philippe Martinez and produced by Arnaud Frilley, is expected to be released at the end of this year.

Depardieu, who was recently given a Russian passport after publicly criticizing the tax regime in his native France, is playing a man whose son is killed and who comes to Russia to avenge him, meeting up with an old flame (played by Hurley) in Moscow and a Chechen friend along the way.

Depardieu is no stranger to Chechnya, a North Caucasus region that has been at the center of over two decades of violent conflict between Islamist separatists and forces loyal to Moscow. He visited Grozny last October for Chechen leader Ramzan Kadyrov's 36th birthday, when he said: “Glory to Chechnya! Glory to Kadyrov!"

Depardieu received fast-tracked Russian citizenship back in January, and collected his new passport at a meeting with Russian President Vladimir Putin. He said he had renounced his French citizenship ahead of the government’s planned implementation of a 75 percent tax rate for annual earnings above $1.3 million. Russia has a single-band income tax of just 13 percent.

The French actor has recently starred in a movie about Russian mystic Grigory Rasputin. He said he was planning to learn Russian.