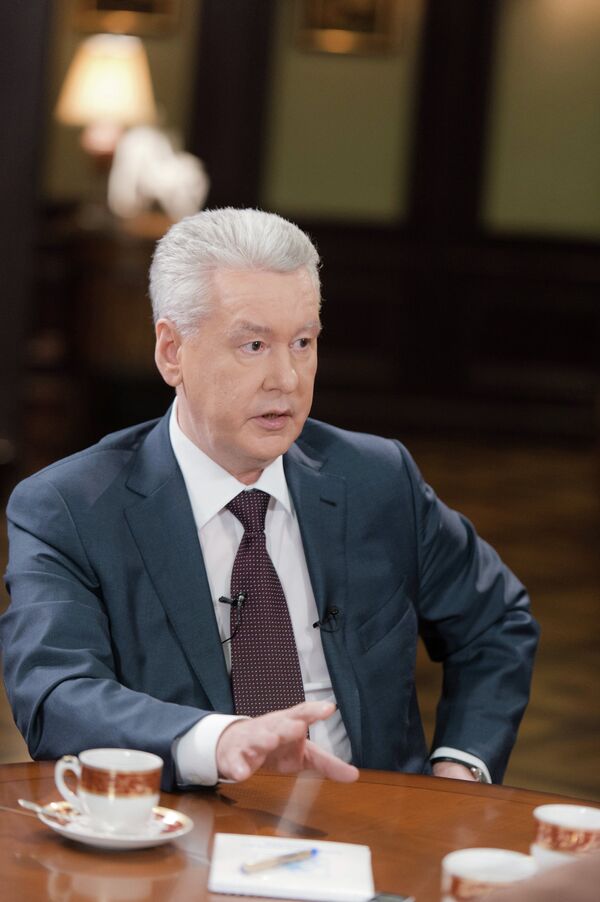 © RIA Novosti . Denis Grishkin
/
Go to the mediabank
Subscribe
International
India
Africa
Migrant workers from Central Asia should not be encouraged to remain in Russia, Moscow City Mayor Sergei Sobyanin said in an interview with Moskovskiye Novosti newspaper on Thursday.

MOSCOW, May 30 (RIA Novosti) – Migrant workers from Central Asia should not be encouraged to remain in Russia, Moscow City Mayor Sergei Sobyanin said in an interview with Moskovskiye Novosti newspaper on Thursday.

“People who speak Russian badly and who have a different culture are better off living in their own country. Therefore, we do not welcome their adaptation in Moscow,” he said in an interview during which he also expressed hostility towards the idea of ethnic ghettos. "Moscow is a Russian city and it should remain that way. It's not Chinese, not Tajik and not Uzbek."

The Russian capital, like the country as a whole, depends heavily on migrant labor, but there is widespread opposition in many areas of society to higher levels of immigration.

Sobyanin also said he was against the formation of ethnic ghettos in Moscow, and that people of different races should be encouraged to live side by side.

“To mark them [ethnic groups] out as separate, to set off different cultures against each other, is very dangerous and simply explosive, especially for our city,” he said.

There are around 5 million migrant workers in Russia of which about 3 million are illegal, the Federal Migration Service said in March. Russia has the world’s largest number of illegal migrants, accounting for almost seven percent of the country’s working population, according to a 2012 report by the OECD.

Russia passed a law in December 2012 requiring a mandatory minimum level of proficiency in the Russian language for migrant workers in certain professions including retail and public services.

Earlier this week, Prime Minister Dmitry Medvedev said Russia needed to look again at its migration legislation. “We need to turn migration into a manageable process,” he said.

The inflow of migrant workers is a trend that is “neither positive nor negative; it’s just life,” he added.