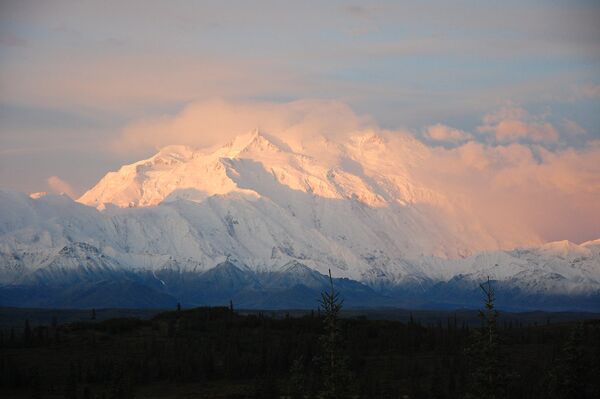 © Flickr / ilya ktsn
Subscribe
A group of Moscow academics have collected recordings of a unique Russian dialect spoken by a handful of elderly people in the US state of Alaska, isolated for more than a century from modern Russian.

MOSCOW, May 27 (RIA Novosti) – A group of Moscow academics have collected recordings of a unique Russian dialect spoken by a handful of elderly people in the US state of Alaska, isolated for more than a century from modern Russian.

The linguistic aberration occurred over 150 years as Russian-speakers who colonized Alaska in the 19th century and their descendants became increasingly cut off from speakers of standardized Russian, according to the scholars.

“We do not know of any other cases where Russian has existed as a native language for such a quantity of people, at such a distance, and for so long,” said Mira Bergelson, a linguistics professor at Moscow State University and one of the leaders of the expedition, during a presentation last week.

Alaska was owned and colonized by Russia during the early 19th century, but was sold to the US government in 1867.

There are 20 people, all over the age of 75, living in the Alaskan village of Ninilchik who speak the peculiar Russian dialect, according to the linguists. This community had relatively little contact with the other major group of Russian-speakers in the state – Orthodox Christian Old Believers who fled persecution in their homeland and gradually settled in Alaska in the 1960s. Although Ninilchik is by the sea, its inhabitants also had little contact with passing Soviet sailors, the researchers said.

The dialect contains many words that would baffle modern Russians, largely because they have become obsolete or their meaning has changed over the years. It has also dropped or modified many gender-specific endings, which are an integral part of Russian, widely replacing feminine endings with masculine ones, and has integrated words from other languages, including English.

Russian linguists first visited the Ninilchik community in 1997. Bergelson's team returned last year to make audio and video recordings of the last remaining speakers. The Moscow-based academics are currently in the process of compiling a dictionary of the dialect, due to be completed next year.