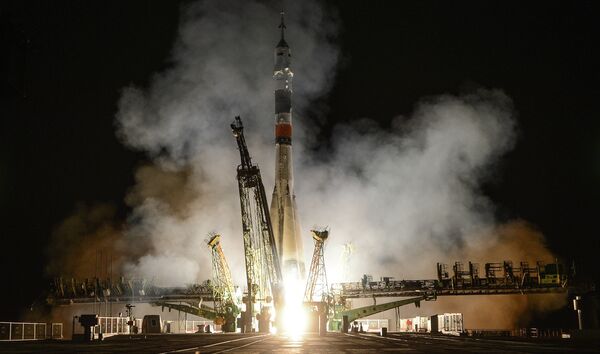 “The spacecraft automatically docked with the ISS as scheduled, six hours after the launch. Fortunately, the cosmonauts did not have to switch to the manual docking regime,” he said.

“When pressure equalizes, hatches will be opened, and the new crew members will ‘float’ into the station,” the spokesman went on.

The flight took approximately six hours. Until March, it had taken two days for crews to go from Earth to the space station.

This is the fourth spaceflight for Yurchikhin, who will assume command of Expedition 37 once US astronaut Christopher Cassidy, and Russian cosmonauts Pavel Vinogradov and Alexander Misurkin, undock in November. This is flight engineer Nyberg’s first flight aboard a Soyuz, though she flew to the ISS on the shuttle Discovery in 2008. Parmitano has no prior spaceflight experience.