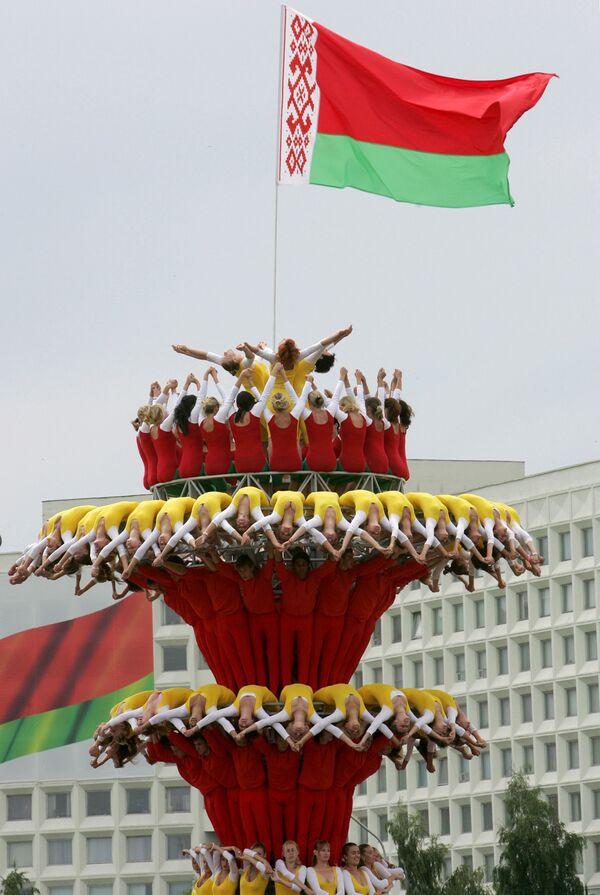 © RIA Novosti . Ivan Rudnev
/
Go to the photo bank
Subscribe
Beijing will bankroll construction of a new city of up to 150,000 people in Belarus, giving Chinese manufacturers a backdoor into European markets, Bloomberg reported on Monday.

MOSCOW, May 27 (RIA Novosti) - Beijing will bankroll construction of a new city of up to 150,000 people in Belarus, giving Chinese manufacturers a backdoor into European markets, Bloomberg reported on Monday.

The Belarusian-Chinese Industrial Park received regulatory approval from the Belarusian authorities earlier this month. Unveiled by officials in 2011 as Belarus was in the throes of a vicious balance-of-payments crisis, the new city is expected to cost upwards of $30 billion and take three decades to complete.

“This is a unique project,” China’s ambassador to Belarus Gong Jianwei said on state television on May 17 after the project took a step closer to the start of construction work, according to Bloomberg. “Nobody will be able to build anything like this industrial park anywhere else in Europe.”

The 30-square-mile site is in forested land about 15 miles (25 km) outside the Belarusian capital Minsk, close to the country’s main airport. It is also on the M1 highway linking Moscow and Berlin. European Union member states Poland and Lithuania are less than 180 miles away.

The main markets for the goods produced at the industrial hub are envisaged to be Western European countries, as well as those of the former Soviet Union. China has long sought to gain a local jumping-off point for its export companies that sell to Europe, economists say.

High-tech companies working in fields like biomedicine and electronic engineering will be the main users of the new park, according to Bloomberg. Tax breaks will be available for companies from any country pledging over $5 million.

Belarus, however, is still ruled by President Alexander Lukashenko, who has been frequently branded the “last dictator in Europe” by US and European officials, and there are concerns that the country’s poor relationship with the West could have a negative impact on the city's economic potential.

“We aim to turn this place into an international business springboard,” said Kirill Koroteev, who is managing the Belarus side of the project, Bloomberg reported. “We don’t want to build a dead city.”

The project is run by the Industrial Park Development Company, a body 40 percent controlled by the Belarusian government and 60 percent by a subsidiary of the state-owned China National Machine Industry Corporation.

It is also slated to benefit from cheap loans from Chinese banks, in return for 50 percent of the money invested being spent on Chinese labor, technology and goods, according to Bloomberg.

The city will be powered by a $10 billion nuclear plant built by Russia, the news agency said.