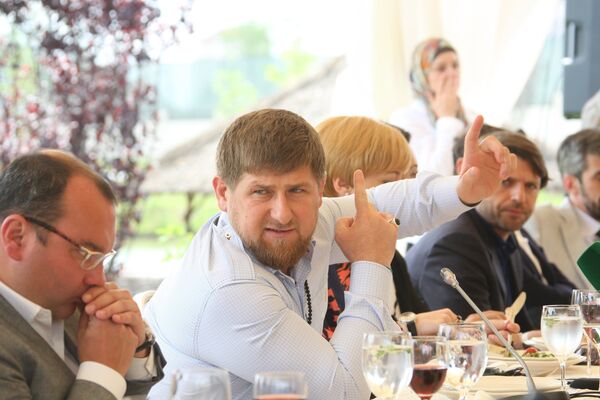 © RIA Novosti . Sayid Tsarnaev
/
Go to the mediabank
Subscribe
International
India
Africa
Chechen leader Ramzan Kadyrov has described the Chechen immigrant killed in the US last week by FBI agents amid questioning over his connection to the alleged Boston bombers as “a good guy.”

GROZNY, May 27 (RIA Novosti) – Chechen leader Ramzan Kadyrov has described the Chechen immigrant killed in the US last week by FBI agents amid questioning over his connection to the alleged Boston bombers as “a good guy.”

Ibragim Todashev, 27, a US green-card holder of Chechen origin, was shot dead Wednesday when he allegedly attacked an FBI agent with a knife during questioning at his home in Orlando, Florida. Media reported that Todashev had verbally confessed to participating in an unsolved 2011 triple murder in which investigators are seeking a connection to brothers Dzhokhar and Tamerlan Tsarnaev, who are accused of organizing the Boston Marathon bombings that killed three on April 15.

“I want to stress that the Tsarnaev brothers have no relation to the Chechen republic, they are US citizens. As for Ibragim Todashev, he was a good guy,” Kadyrov told reporters in the Chechen capital of Grozny.

Todashev and Tamerlan Tsarnaev, who also had Chechen roots, knew each other through the Chechen community in Boston, where Todashev once lived and where they went to the same gym. But Todashev was not friends with Tsarnaev, who was killed in a shootout with police four days after the Boston bombings, said Rene Manukyan, Todashev’s widow.

Kadyrov said Todashev’s father, Abdul-Baki Todashev, who is a department head in the mayor’s office in Grozny, was a “decent and educated person.” After learning about his son's killing, the father said Ibragim was innocent and announced his plans to go to the US to seek the truth.

The Chechen leader criticized US policy, describing it as “double standards.”

“When killings happen in America, the Americans start making an international fuss about them, but when terrorist attacks happened in Russia and innocent people died, the Americans showed no interest,” the Chechen republic's outspoken leader said.