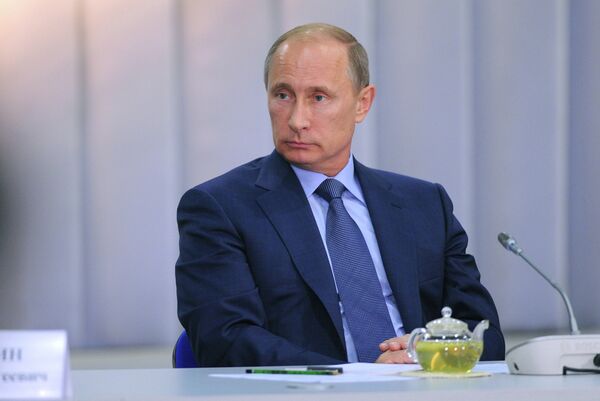 “I have said many times that the state can help produce movies, but it cannot force people to go and watch them,” Putin said at a meeting on the development of the Russian movie industry. “Slots for domestic movies can be reserved [at movie theaters], but the problem is what to fill those slots with.”

The president said that Russians expect an appropriate return, and expressed the hope that filmmakers would put out more and more movies with content that meets viewers’ demands and promotes key social, cultural, patriotic and moral values.

However, these goals have not been attained so far, as foreign movies continue to dominate the Russian box office, while the share of Russian films in overall box-office receipts in Russia and the CIS states is only 15.5 percent, Putin said.

The president said that Russians are attracted to films that relay the essence of human relations and feelings, and choose between “good and bad” movies rather than Russian and foreign movies.

Putin cited several movies that came out in the past few years, including Admiral, Turkish Gambit, Faust and Legend Number 17, as evidence of how Russian films can compete with foreign blockbusters.