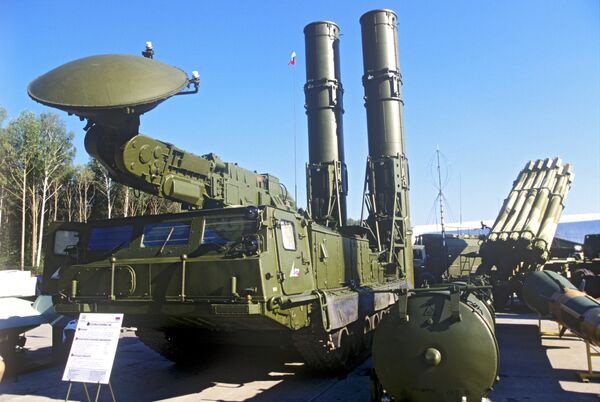 The sale by Russia of S-300 air defense systems to Syria would be “destabilizing” for the region, US Secretary State John Kerry said on Thursday.

TEL AVIV, May 23 (RIA Novosti) – The sale by Russia of S-300 air defense systems to Syria would be “destabilizing” for the region, US Secretary State John Kerry said on Thursday.

"S-300 missiles coming from Russia, or other countries, Iranian missiles, are destabilizing to the region," Kerry said. "The United States is committed, not only in its defense of Israel, but in its concerns for the region to try to address this issue."

Russian Foreign Minister Sergei Lavrov said earlier this month that Russia would honor a deal with Syria to supply it with S-300 air defense systems.

“Those who do not plan aggressive actions against a sovereign state have nothing to worry about, because means of air defense – and this is clear from the name – are a purely defensive system required to repel air attacks,” Lavrov said.

He also said the deal was signed before Israel planes hit targets in Syria earlier this month.

S-300 is widely acknowledged by defense analysts as one of the world's most advanced air defense systems. An S-300 battery would "provide coverage of much of northern and central Israel if deployed in the south west of Syria for targets other than those at low altitude," Douglas Barrie, an air warfare analyst with the London-based International Institute of Strategic Studies, told RIA Novosti earlier this month.

The sale of Russian weapons to Syrian President Bashar Assad’s regime has been a source of bilateral tension between Moscow and Washington, with US officials accusing Russia of arming a regime the United States says is killing its own citizens in Syria’s raging civil war.

Russia, however, has insisted that the deliveries are legal under international law and that it is not supplying Syria, the largest importer of Russian arms in the Middle East, with offensive weapons which can be used to kill civilians.