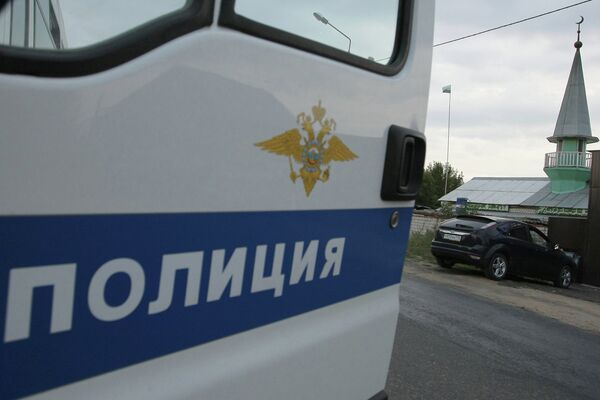 © RIA Novosti . Egor Aleev
/
Go to the photo bank
Subscribe
Police carried out searches on Thursday at the homes of two members of Russia’s Left Front movement, which played a key role in last year’s mass protests against the rule of President Vladimir Putin.

MOSCOW, May 23 (RIA Novosti) – Police carried out searches on Thursday at the homes of two members of Russia’s Left Front movement, which played a key role in last year’s mass protests against the rule of President Vladimir Putin.

Police detained Vasily Kuzmin, head of the Moscow branch of Left Front, and raided the home of Denis Kuraishi, a former bodyguard for the movement’s leader, Sergei Udaltsov, who has been under house arrest since February, rights groups said.

A lawyer for the RosUznik rights group said Kuzmin had been detained by officers and taken to the offices of the Investigation Committee for questioning. He was later released.

A spokesperson for the rights organization For Human Rights said Kuraishi was not at home when the raid took place, but that social services had removed his two children without informing him where they were being taken.

Kuraishi was reported by Russia’s online lenta.ru news portal as saying the raid was connected to the ongoing investigation into clashes between police and protesters on the eve of Putin’s inauguration for a controversial third presidential term.

Over 650 people were detained at a May 6, 2012 rally on Moscow’s Bolotnaya Square. Most were soon released, but a case soon followed into what investigators called mass riots. The riot allegations are hotly disputed by the opposition, which blames the police for provoking the clashes and claims the case is political.

Investigators on Wednesday concluded their probe into the cases of twelve people charged over the disturbances and court hearings are expected to begin in June.

Udaltsov and two other activists were accused last fall of conspiring with a Georgian politician to organize nationwide disturbances, including the Bolotnaya Square unrest, with the aim of toppling Putin. The charges were brought after a pro-Kremlin TV channel aired what it said was secretly recorded footage of the alleged plotters.

One of the men charged with the plot, Konstantin Lebedev, a former member of a pro-Kremlin youth group who went over to the opposition in 2004, pled guilty to the charges and was jailed for two and a half years last month.

Udaltsov and the other activist, Leonid Razvozzhayev – who has been in custody since October – deny the charges, which carry a maximum sentence of ten years behind bars. The Georgian politician allegedly featured in the footage, Givi Targamadze, denies ever meeting the activists. Georgia, which fought a brief war with Russia in 2008, has said it will not extradite him to Moscow.