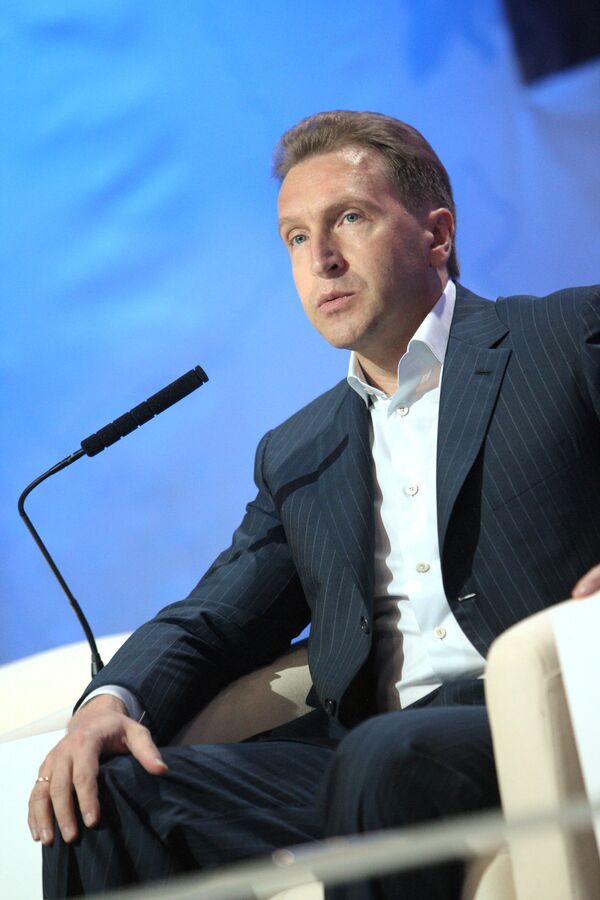 MOSCOW, May 23 (RIA Novosti) – Russia is demonstrating “insufficient” economic growth rates but the country will be able to avoid even a technical recession this year, First Deputy Prime Minister Igor Shuvalov said on Thursday.

“We consider GDP growth of 2 to 3 percent to be insufficient for us,” Shuvalov said, but added that “there will be no recession this year.”

A technical recession is classed as a slump in GDP for two consecutive quarters.

Economic Development Minister Andrei Belousov warned in April that the Russian economy could slip into recession this coming fall unless measures to stimulate growth were urgently implemented.

The ministry lowered its 2013 forecast for the country’s GDP growth to 2.4 percent from 3.6 percent amid stagnating exports and faltering investment.

Russia’s GDP grew only by 3.4 percent last year, the lowest since the deep recession of 2009, with weak demand for Russian exports in Europe.

“That is why, when we say we are not satisfied with growth rates, we mean we need to motivate ourselves in a different way and arrange our economic behavior in a different way to bring about real modernization and a new quality of the economy,” the first vice premier said.

The Russian government should not look for short-lived economic successes, as the country needs sustainable and qualitative long-term economic growth, he said.

The government’s measures to stimulate the economy will be discussed at a special meeting to be held by the Russian president in the near future, Shuvalov said.

“All these issues [of economic growth] were laid out in the government’s report to the prime minister. We discussed this in the government and sent it to the president and expect a meeting with him,” Shuvalov said, adding that major disagreements persist in the Cabinet over the nature of stimulus measures.