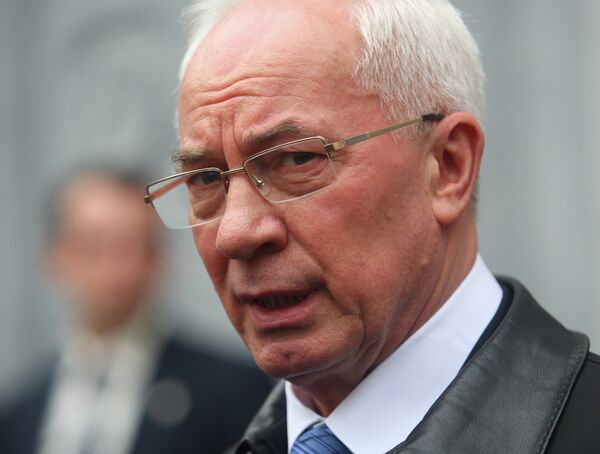 Ukraine is seeking observer status at the Customs Union to maintain its existing volume of trade with Russia, Belarus and Kazakhstan, as well as to assess the possible advantages and disadvantages of full membership.

Kiev expects the memorandum to be signed by representatives of the Customs Union countries on May 29 at a session of the Supreme Eurasian Economic Council at the head of state level that will take place in Astana, Kazakhstan.

“Our Ukrainian friends like to talk about the issue of joining [the Customs Union] under a ‘three plus one format’ and so on. But it can’t be this way. It's either everything or nothing, but in the latter case this looks like observer status or something else,” the prime minister said.

“Full-fledged participation requires ratification, and the signing of all documents,” Medvedev said.

Russia sees the grouping as a stepping stone to a wide-ranging Eurasian Economic Union, and has touted membership to Moldova and Ukraine, though Kiev has long harbored ambitions of moving closer to the EU.

Russia has said on numerous occasions it could cut gas prices for its neighbor if Ukraine joins the Customs Union.

Ukraine, which has proclaimed a strategic course of Euro-integration, is reluctant to become a full member of the Customs Union, because such a deal would rule out signing a free trade agreement with the European Union.