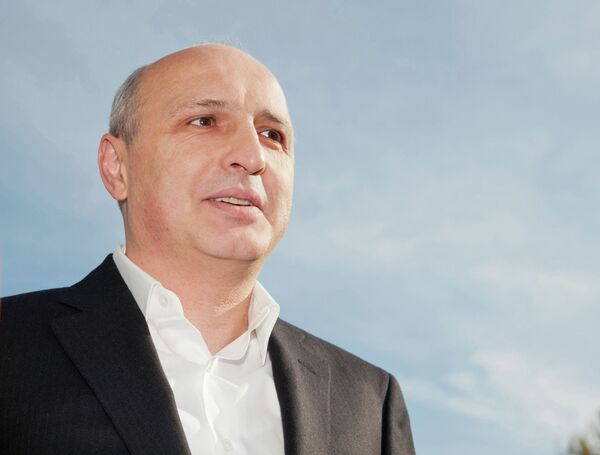 A court in Georgia has ruled that former Prime Minister Vano Merabishvili remain in custody for two months pending trial on charges of corruption and abuse of office, local media reported.

TBILISI, May 23 (RIA Novosti) – A court in Georgia has ruled that former Prime Minister Vano Merabishvili remain in custody for two months pending trial on charges of corruption and abuse of office, local media reported.

After five hours of deliberation on Wednesday, the court in the West Georgia city of Kutaisi ordered the arrest of Merabishvili but released Chiaberashvili on bail of 20,000 lari ($13,000). No trial date has been set yet, local media said.

Both men have been accused of giving fictitious jobs to hundreds of UNM activists who were involved in the party's parliamentary election campaign in 2012. They may face up to 12 years in prison if convicted.

Merabishvili, who leads Saakashvili's United National Movement (UNM), has also been accused of misappropriation of a luxurious private villa through intimidation of the owner.

He may soon face additional charges over his alleged involvement in the violent police crackdown on a protest in Tbilisi in 2011 and the murder of banker Sandro Girgvliani in 2006, prosecutors said.

The latest corruption cases against former officials are seen by experts as another step in a power struggle between pro-Russian Prime Minister Bidzina Ivanishvili and pro-Western President Saakashvili.

After becoming prime minister as a result of the Georgian Dream coalition victory in parliamentary elections last year, Ivanishvili claimed that Saakashvili and his party had ruined the country since coming to power nine years ago.

A number of Saakashvili’s political allies, including Tbilisi mayor Gigi Ugulava, are currently under investigation on corruption and abuse of office charges.

Saakashili denounced on Tuesday the arrest of Merabishvili and warned that it will tarnish the Georgian image in the West, while Ivanishvili rejected claims of political motivation behind the detention.