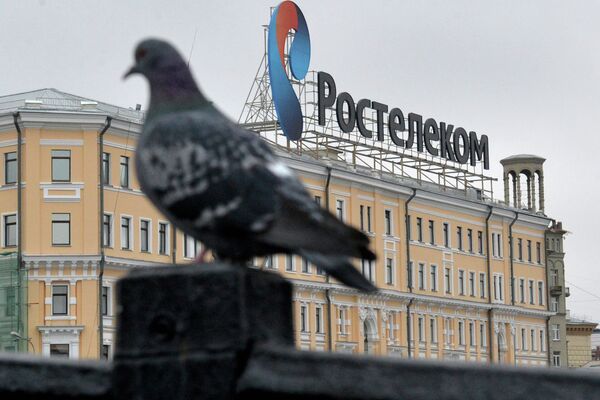 Rostelecom’s net financial result was below a consensus forecast of analysts polled by Prime news agency who predicted the company’s net profit at 6.6 billion rubles.

Rostelecom’s revenues fell by 10 percent to 77.1 billion rubles and OIBDA (operating income before depreciation and amortization) declined by 16 percent to 28.84 billion rubles, with the OIBDA margin down to 37.4 percent from 40.3 percent in the first quarter of 2012.

Rostelecom said it fared worse in January-March 2013 than in the first quarter of 2012 when the state-run operator received one-off subsidies from the federal budget towards the installation of video cameras in polling stations before the 2012 presidential elections.

Revenues from the delivery of international, inter-city, intra-zone and local telephone network services declined "as a result of end users’ changing preferences with regards to how they make calls, and the corresponding traffic migration to mobile operator networks," the company said in a statement.

"Our results for the first quarter of 2013 reflect the overall business development trends seen during the first two months of my tenure," Rostelecom newly-appointed CEO Sergei Kalugin was quoted as saying in the statement.

"We have the largest communications network in Russia, but it is in need of modernization. We also need to introduce new products and services, and plan to significantly improve our customer service. Much also needs to be done to improve operational efficiency, and we are assessing our corporate governance procedures."