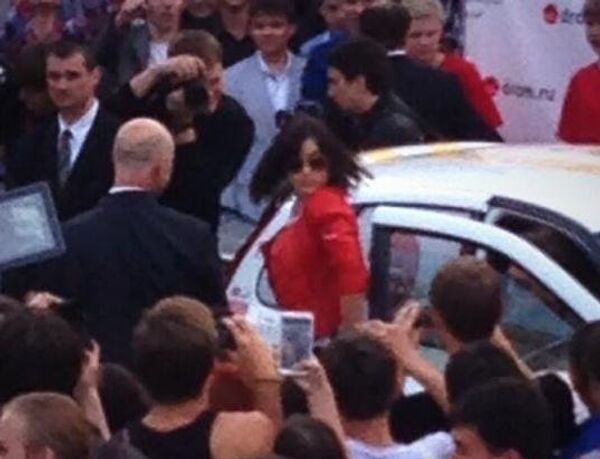 Grey, escorted by several other cars, began her several weeks’ journey from Vladivostok in Russia’s Far East to Moscow on Thursday last week and managed to reach another far eastern city of Khabarovsk, where her car broke down.

Organizers of the event took Grey for a drift at a race track in Khabarovsk on Sunday but after several laps the car stalled. Mechanics diagnosed broken front suspension and transmission.

Grey was taken by a plane to Irkutsk, where she admired the picturesque Lake Baikal and was given a Volkswagen Polo to resume her trip further.

The ex-porn star was driving the same model Lada Kalina sedan as Russian President Vladimir Putin, who took a Kalina for a 350-kilometer (210 mile) drive starting from Vladivostok in 2010.

Russian cars, including the Lada Kalina, enjoy a patchy reputation in Russia due to their poor quality. Putin had two spare Kalinas with him during his own drive from Vladivostok, and had to change cars at the start of the journey due to a breakdown.