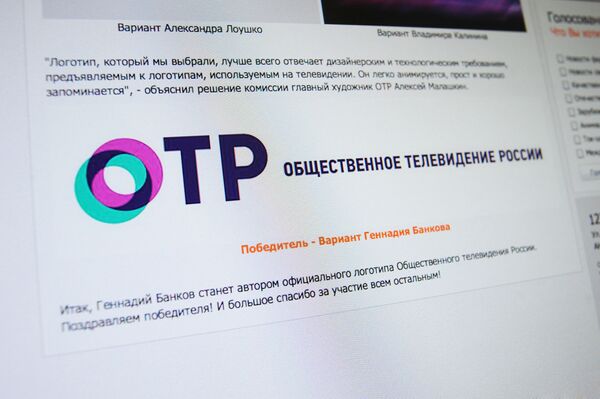 The new TV channel, which will not run any commercials, is to become accessible free of charge on Sunday in the networks of all operators of cable, satellite and IP-television. The TV channel can also be watched by accessing its website at otr-online.ru.

The idea of setting up public television in Russia whose policy would be governed by the public rather than by the state or the channel owners was put forward by then-President Dmitry Medvedev in late December 2011.

Medvedev’s proposal came shortly after street protests erupted in Moscow against alleged fraud during the December 4, 2011 parliamentary polls and their coverage in the state-owned media. Federal television channels did not include news on the protests in their programs. Most of Russia’s central television channels are currently owned and controlled by the state.

Medvedev said at the time the new television would employ all the latest information technologies and make the Russian media market more competitive and interesting.

Public TV, known in Russian as OTV, will be funded by the government and later with private donations and will be headed by Anatoly Lysenko, 76, a veteran Soviet/Russian TV journalist and manager.