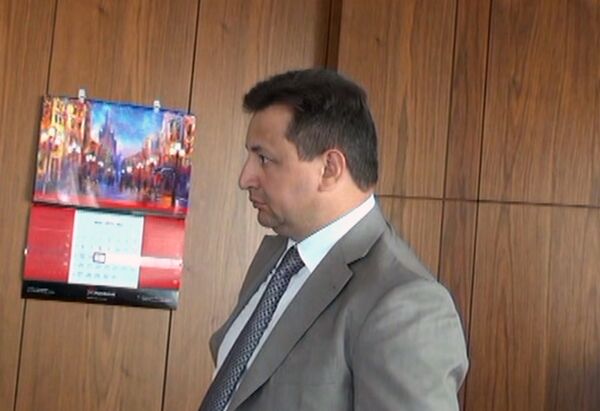 Russian banking community experts expressed skepticism over bribery accusations brought against the head of Rosbank, the Russian unit of French banking giant Societe Generale, following a police raid on his office on Wednesday.

“The bank’s chief executive demanded $1.5 million from a company representative to prolong a loan agreement and to sign an additional agreement with reduced interest rates and monthly payments. He asked the businessman to deliver the money through his intermediary, Rosbank’s senior vice-president,” the ministry said in a statement.

The high-profile televised law-enforcement operation, however, prompted calls from the banking community that Russia’s law-enforcement agencies should first double-check before making accusations which might damage a bank’s reputation.

The banking community also cast doubts that the head of Rosbank, one of Russia’s top ten banks by assets and equity, could have committed such a crime, considering his seniority, and the salary, bonuses and other benefits he earns as a top manager.

Russian lawmaker and head of the Association of Regional Banks of Russia Anatoly Aksakov told Prime news agency Russian law-enforcers must take into account the possible effects on the reputation of both bankers and their companies from damaging news.

“I grant you, this is all fair. But at the same time, cases where a high-profile statement is made but then the case falls apart have become more frequent in our country. If they [the law-enforcers] do this, they must be 200 percent sure that this [crime] has taken place,” Aksakov said.

“But it would be best to prove first and then bring accusations, because the financial sphere is especially sensitive and any negative information on the bank’s employees affects the organization’s reputation and its financial position,” he said.

Societe Generale’s stock on the Euronext Stock Exchange seemed little affected after news broke of the detention of Rosbank’s boss on Wednesday, with a rise in the share price dropping from 1 percent to 0.4 percent, but later recovering to 1.2 percent.

“The main thing is not to do harm, and our law-enforcers should reckon with this fact. But at the same time I support the fight for cleaning out the ranks in the banking sector,” Aksakov said.

His view was echoed by Garegin Tosunyan, president of the Association of Russian Banks, who said no hasty conclusions should be drawn from the detainment of the Rosbank boss, adding Golubkov may have fallen victim to a set-up by other figures in banking.

“The information available today is too categorical. It has to be clarified whether the facts available to the Interior Ministry are sufficient to talk about this as an act of bribery,” Tosunyan said in an interview with Ekho Moskvy radio station.

“Interested parties could be involved” in the case, Tosunyan said, adding it was “illogical for the bank’s top management to extort a bribe.”

The Association of Russian Banks has a positive opinion of Rosbank, he said.

“In the course of the entire period of its existence, the bank has always handled itself appropriately. If the bank turns to us, we’ll try our best to express our opinion to the Interior Ministry and the public,” Tosunyan said.

Russian billionaire-turned politician Mikhail Prokhorov, who leads the Civil Platform party, has put his signature to a petition to a court of law requesting Golubkov not be placed under formal arrest, the party’s press office said.

“We confirm that Mikhail Prokhorov has signed the petition,” the party said.

Investigators believe the 5 million rubles Golubkov allegedly received on Wednesday was the last installment of a kickback of more than $1 million. If convicted, Golubkov may face up to seven years in prison.

Golubkov, 48, has headed Rosbank since September 2008. Rosbank is one of Russia’s top three retail banks, servicing over 3 million private clients, according to the bank’s website.

France’s Societe Generale acquired 20 percent minus one share of Rosbank in 2006 with an option to take control of Rosbank. In February 2008, Societe Generale exercised its option to gain a controlling stake in the bank and eventually consolidated its control to over 80 percent.