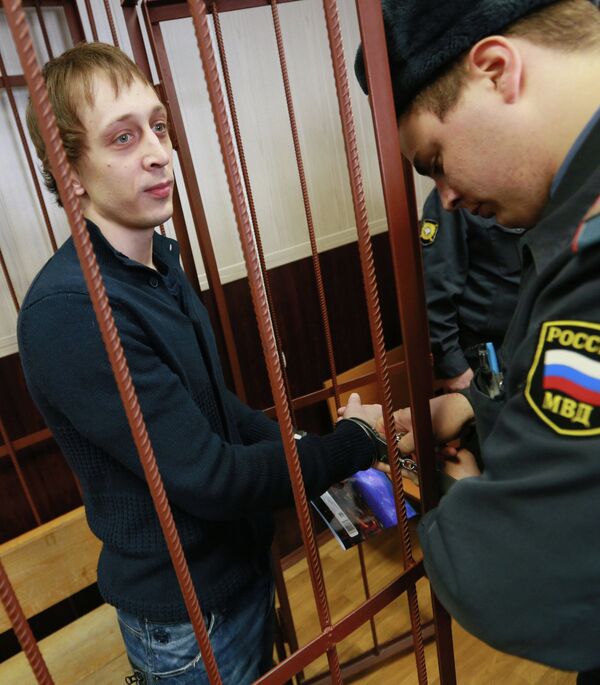 The results of the forensic tests could affect any sentences handed down in the case, as the tests determine the seriousness of the crime committed.

Filin suffered third-degree burns to his face and eyes on January 17 when an unknown assailant attacked him with what is believed to have been concentrated acid. Filin, who had reportedly received threats prior to the incident, said the aim of the attack may have been to remove him from his position as artistic director of the theater’s ballet division and to destroy the prestigious Moscow ballet company's reputation.

Three men were arrested in March in connection with the attack, including the theater's star solo dancer Dmitrichenko, the alleged attacker Yury Zarutsky and driver Andrei Lipatov.

Dmitrichenko, 29, confessed to the police that he had organized the attack, but said he did not know that Zarutsky planned to use acid. The assault was reportedly motivated by Dmitrichenko's desire to avenge his girlfriend, a fellow dancer who had not been selected by Filin for key roles in the Bolshoi's productions.

If the suspects are found guilty of causing serious bodily harm, they may face a maximum sentence of eight years in prison.

Filin is currently undergoing treatment in Germany and, despite initial fears to the contrary, he is expected to recover his vision.