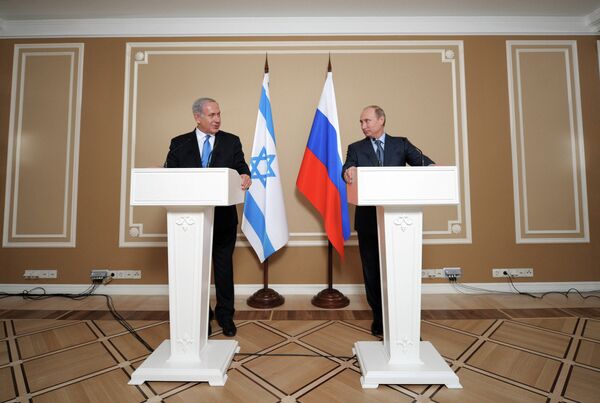 “We agreed to continue contacts - both on the personal level and between our organizations, special services,” Putin said following talks with Netanyahu, who is on a brief working visit to Russia.

The Russian president said he and Netanyahu agreed that continuation of the armed conflict in Syria is fraught with pernicious consequences both for that country and the entire region.

Putin urged all the parties concerned to try not to aggravate the situation in Syria.

“A negative scenario may only be prevented by the earliest termination of the armed conflict and transition to a political settlement,” Putin said.

“It is particularly important to avoid any actions that may sway the situation,” he added.

It was not immediately clear whether the two leaders discussed arms deliveries to Damascus.

About 70,000 people have died in Syria since the beginning of the uprising against President Bashar Assad, according to UN figures. Russia, along with China, has faced widespread condemnation over its refusal to approve UN sanctions against Assad’s regime.

Moscow has repeatedly stated it has no interest in seeing Assad remain in power, but is concerned that a power vacuum would lead to more violence.