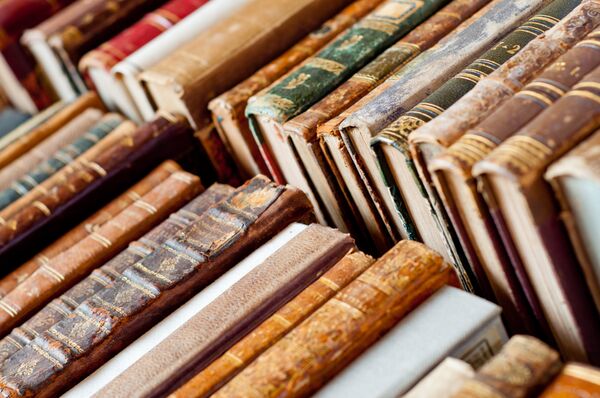 © Fotolia / adistock
Subscribe
Instead of throwing the proverbial book at inmates, a juvenile detention facility in Virginia is turning to enduring classics of Russian literature to help rehabilitate youth offenders.

WASHINGTON, May 13 (RIA Novosti) – Instead of throwing the proverbial book at inmates, a juvenile detention facility in Virginia is turning to enduring classics of Russian literature to help rehabilitate youth offenders.

Inmates at the Beaumont Juvenile Correctional Center are lining up for a Russian literature course that prison officials and researchers say is positively impacting the inmates’ behavior and outlook on life, The Washington Post reported Monday.

The works of Leo Tolstoy, Fyodor Dostoyevsky and other Russian literary luminaries are an especially good fit for prisoners because the authors deal with the so-called “accursed questions,” the creator of the program, Andy Kaufman, told the newspaper.

“Who am I? Why am I here? Given I’m going to die, how should I live?” Kaufman, a Tolstoy expert and a professor at the University of Virginia, told the Post.

Under the “Books Behind Bars” program Kaufman launched in 2009, inmates from the Beaumont facility attend a 16-week course on 19th-century Russian literature alongside enrolled students at the University of Virginia.

The curriculum includes Dostoyevsky’s short story “An Honest Thief” and Tolstoy’s novella “The Death of Ivan Ilyich,” the story of a Russian judge who is forced by an unforeseen and terminal illness to how he conducted his life.

Researchers at the University of Virginia have documented the positive effect the program has had on inmates’ behavior, decision-making, social skills and education goals, The Washington Post reported.

Jonis Romero, who was recently released from the correctional center and works at a car wash, said the course made him think about how he leads his life and he hopes to attend George Mason University in Virginia, the newspaper said.

Kaufman has received a $50,000 grant to expand his Russian classics program, which he hopes to bring to more inmates at the Beaumont correctional facility, as well as to other prisons in Virginia and across the United States, The Post reported.