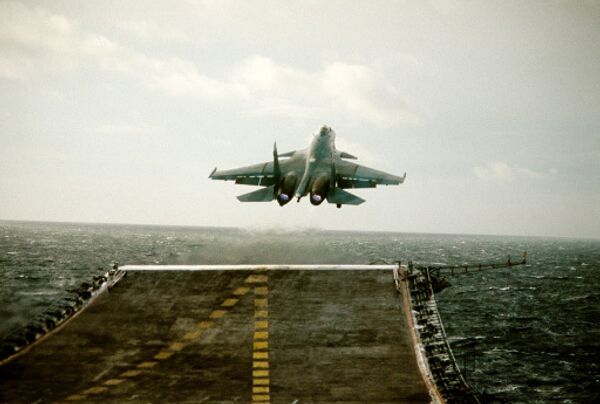 A new Russian carrier-deck pilot training site will be ready for operation by next year, Navy Commander Admiral Viktor Chirkov said on Sunday, replacing a Soviet-era base in Ukraine which Kiev has said it may lease to other countries.

MOSCOW, May 12 (RIA Novosti) - A new Russian carrier-deck pilot training site will be ready for operation by next year, Navy Commander Admiral Viktor Chirkov said on Sunday, replacing a Soviet-era base in Ukraine which Kiev has said it may lease to other countries.

The work on the training facility in the city of Yeisk, on Russia's Black Sea coast, “is proceeding according to plan,” he said in an interview with RIA Novosti.

Grigory Naginsky, head of the Federal Agency for Special Construction Work (Spetsstroi), said last month the construction work at the site was effectively complete and that aircraft should start flying there in August or September.

In March, Ukrainian First Deputy Defense Minister Oleksandr Oleinik said Ukraine, which does not operate fixed-wing shipborne naval aircraft, was considering leasing out its Nitka training site in Crimea to other countries.

Under a 1997 bilateral agreement, Russia occasionally uses Ukraine's Nitka Naval Pilot Training Center, the only land-based training facility for its carrier-based fixed-wing pilots. At present, the site is only used by Russia on a short-term basis to train Northern Fleet carrier pilots, who fly Su-33 naval fighter jets and Su-25UTG conversion trainers for Russia's sole carrier, the Admiral Kuznetsov. 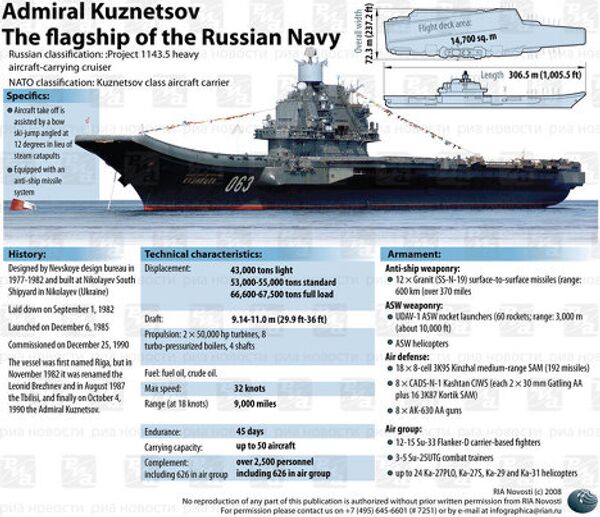 "India and China are the obvious potential candidates for this," Douglas Barrie, air warfare analyst at the London-based International Institute for Strategic Studies, said last month.

The Russian Defense Ministry said last year it was paying about $700,000 annually to rent Nitka and was willing to upgrade the facility. Russia, which has only one aircraft carrier - the Admiral Kuznetsov - is drawing up plans for a new nuclear-powered aircraft carrier for its Navy by 2018.