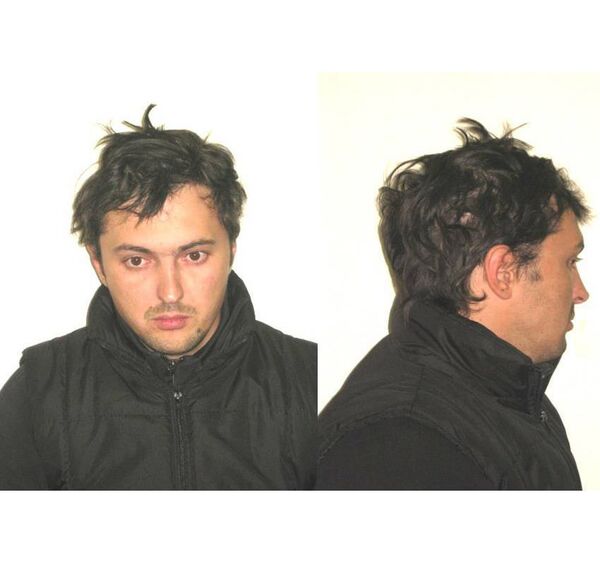 © Photo : Federal Prison Service
Subscribe
International
India
Africa
The mother of a prisoner who made a daring escape from a maximum-security detention facility in Moscow has asked police not to open fire at her son during any attempt to apprehend him.

MOSCOW, May 8 (RIA Novosti) – The mother of a prisoner who made a daring escape from a maximum-security detention facility in Moscow has asked police not to open fire at her son during any attempt to apprehend him.

“I do not want [police] to fire a bullet into his head!,” Yekaterina Topalova told Russia's online Life News tabloid, in a filmed interview. “He turned himself to police before his arrest. We do not believe he is guilty and we want to prove this to everyone. We want more time for this!”

Oleg Topalov, 33, a murder suspect linked to a slain Russian mafia overlord, broke out of the Matrosskaya Tishina pretrial detention facility in east Moscow on Tuesday. He made a hole in the ceiling and escaped through an air vent, the Federal Prison Service said.

"The inmate climbed to the building’s roof through a dormer window and then using a blanket and a rope reached the territory of the Gilyarovsky psychiatric hospital and disappeared," a police source said.

Media reports said he had used a spoon to burrow through the ceiling – a task that would have taken him at least a week – and then walked across the premises, climbing over the outer wall using a rope made of bedsheets.

“As the building was rundown, it was no trouble for Topalov to enlarge the breach of the air shaft through which he got out to the roof. Using a rope made of bedsheets, he got across the building’s wall, jumped through a fence and ran away,” a spokesperson for the Federal Penitentiary Service said.

Topalov was sharing the cell with seven other inmates, but none of them chose to either follow him or raise the alarm, the Komsomolskaya Pravda daily said.

City police were on full alert for Topalov, and a check had been opened into prison guards who may have been involved in the jailbreak.

The Sochi native was arrested in 2011 on murder charges.

Matrosskaya Tishina, which opened in 1945, has hosted a number of prominent inmates, including former Yukos head Mikhail Khodorkovsky and Hermitage Capital lawyer Sergei Magnitsky, who spent months here and was transferred to another facility shortly before his prison death in 2009.

Only two successful jailbreaks have previously been reported from Matrosskaya Tishina, both by alleged murderers. One of them was alleged mafia hitman Alexander Solonik in 1995.