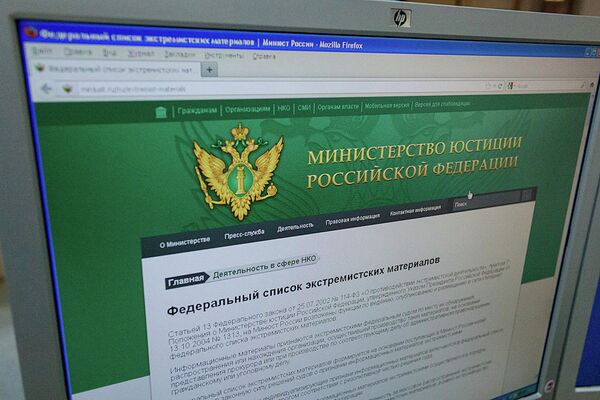 © RIA Novosti
Subscribe
International
India
Africa
Russia will compile a list of extremist symbols that are prohibited for use by NGOs and companies, the Izvestia daily reported on Wednesday.

MOSCOW, May 8 (RAPSI) – Russia will compile a list of extremist symbols that are prohibited for use by NGOs and companies, the Izvestia daily reported on Wednesday.

The list will be drafted as a result of Justice Ministry-sponsored amendments to the law against extremist activity. The ministry and Federal Service for Intellectual Property (Rospatent) will list the prohibited symbols.

The descriptions of symbols of public, religious and other organizations forbidden by the court will be posted on the websites of the executive authorities that are responsible for registering public and religious organizations.

The Federal Institute for Industrial Property, which reports to Rospatent and registers trademarks, told Izvestia that it is working on a list of banned symbols.

The Justice Ministry has not yet been able to indicate which state authorities will be responsible for the lists at this stage.

The new legislation was prompted by the need to regulate symbols used by NGOs. The ministry has also proposed adding a clause to the NGOs law stating that their symbols should not resemble those of political parties or banned organizations.

Furthermore, NGO symbols should not defile Russia’s flag, national anthem or emblem, or those of Russia’s regions and municipalities, foreign countries, or religious symbols. They also should not insult racial, ethnic or religious feelings, the paper reported.