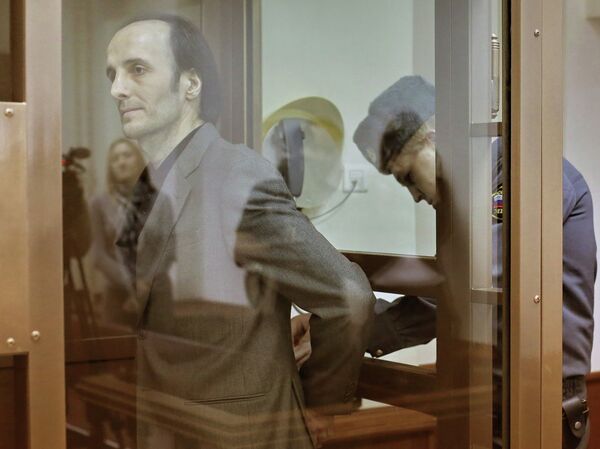 Yusup Temerkhanov will serve his sentence in a high-security prison.

A Moscow City Court jury ruled that his guilt was established beyond any doubt and that he did not deserve leniency.

Temerkhanov’s lawyer said he would appeal the verdict.

“The guilty verdict was obtained by hook and by crook, mainly by crook,” lawyer Murad Musayev said.

Furthermore, the judge broke the law when sentencing by indicating personal hatred as a motive for the killing, Musayev said. The jury had not found enough evidence to uphold the prosecutors’ argument that the murder was motivated by hatred of all Russian servicemen who had fought in Chechnya.

Prosecutor Maria Semenenko said the sentence was lawful and well grounded, and that the prosecution had no plans to appeal it.

“We respect the jury’s verdict,” she said.

Budanov, 47, was killed in Moscow in June 2011, two years after his early release from prison, where he had served most of a 10-year sentence for kidnapping and killing 18-year-old Elza Kungayeva in the village of Tangi-Chu, Chechnya, in March 2000.

Temerkhanov shot Budanov eight times and set a getaway car on fire to destroy all the evidence of his involvement in the crime, prosecutors said.

However, investigators found and retrieved enough evidence, including DNA samples, to identify Temerkhanov as the hitman, Russia’s Investigative Committee said.

Temerkhanov pleaded not guilty, but prosecutors insisted that his actions had been motivated by revenge for the death of his father, who was killed in 2000 by unidentified Russian soldiers.

Temerkhanov picked Budanov as a target because the former colonel was one of the few Russian army officers prosecuted over abuses committed during Russia's two campaigns against Chechen separatist militants, according to case materials.