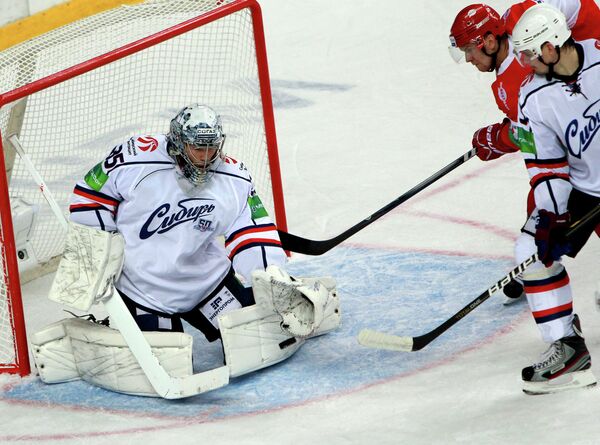 Financial terms and the length of the contract were not immediately known.

Spartak finished last season with a 11-28 record and scored a paltry 106 goals while fielding a nearly all-Russian team. The only three international players on the roster were Slovaks, including captain Branko Radivojevic.

As Sibir Novosibirsk’s starting goalie last season, Glass posted the best numbers of his four-year KHL career. He lowered his goals against average from 3.22 in 2011-2012 to 2.02 while playing 38 games.

In Moscow, he will likely replace Sergei Borisov, who ranked among the league’s worst netminders last season with a 2.59 goals against average and .916 save percentage in 31 games.

Glass, from Calgary, Alberta, in Canada was picked in the third round of the 2004 draft by the Ottawa Senators, but never reached the NHL. He joined Barys Astana in 2009 and struggled to a 3.01 goals against average over three seasons before moving to Sibir in 2012.