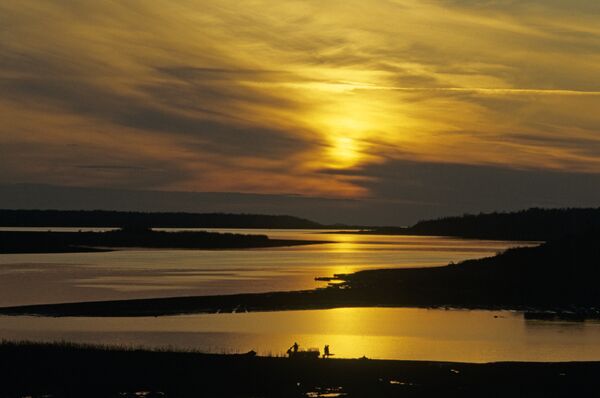 Rivers Without Borders, a project of environmental activist Yevgeny Simonov, was one of six recipients of the Whitley Awards, handed out in London by Anne, Princess Royal.

Rivers Without Borders, established in 2009 and also comprising Chinese, Mongolian and American participants, campaigns to conserve ecosystems along the far eastern rivers.

The region is noted for its rich biodiversity – it is home to the rare Amur tiger and leopard, among others.

But it is threatened by plans to construct a number of hydro power plants on Amur and its tributaries, projects that are lobbied by Russian and Chinese authorities and big corporations.

The award’s recipients, which also hail from Bangladesh, Cameroon, India, Kenya, Turkey and the Democratic Republic of Congo, will also get 42,000 pounds each ($65,000).

A special prize, complete with a sum of 50,000 pounds ($77,000), went to another Turkish project to plant 4.5 million trees to form a wildlife corridor from a local nature reserve to existing forests in Georgia and along the Black Sea coast.

The Whitley Awards, supported by WWF-UK and Goldman Sachs, among others, are considered among the more important environmental prizes in the world, in large part thanks to its sizeable monetary component.

About 160 groups and individuals from more than 70 countries have received the Whitley Awards since its inception in 1994.