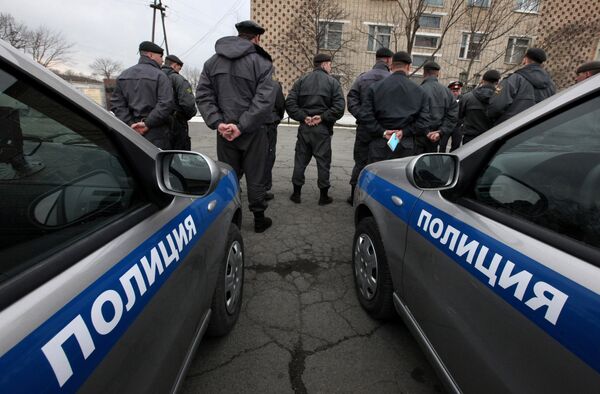 Russian President Vladimir Putin retained a place on the Predators of Freedom of Information index by the Paris-based Reporters Without Borders, published on Friday.

The report called Putin a “control freak” and accused him of oppressing Russia's burgeoning grassroots movement, which was the driving force behind the recent anti-Kremlin protests.

But the report also praised Russia for “a general decline in deadly anti-press violence and a handful of partly successful prosecutions in journalist murders,” including in the 2006 shooting of investigative reporter Anna Politkovskaya. A former police officer was convicted in December of assisting the murder, though the investigation never said who he was working for.

Finally, Russia was down four places to 176th of 197 slots in the Freedom of the Press 2013 rating by US-based nongovernmental organization Freedom House.

The report, which came out Wednesday, put Russia in the “non-free” group of countries, criticizing it for governmental control of main television channels and recent draconian regulations on NGOs and slander in the media.

Top countries on The Freedom of the Press rating were Norway, Sweden, Belgium, Finland and the Netherlands, while Belarus, Cuba, Equatorial Guinea, Eritrea, Iran, North Korea, Turkmenistan, and Uzbekistan ranked as the worst performers.

No Russian official has commented on the ratings in time for this article’s publication.

(This article has been rewritten and had the headline changed from an earlier version to include reports by Reporters Without Borders and Freedom House.)