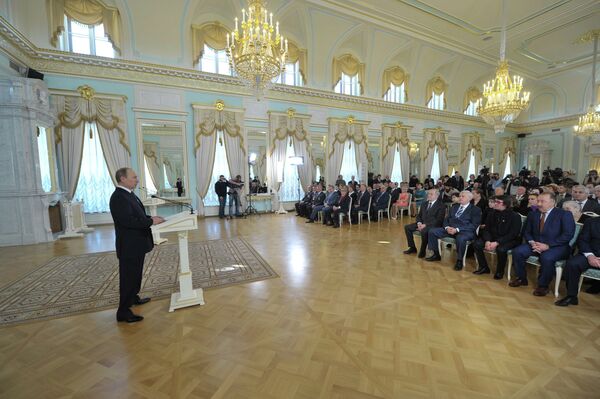 The award is based on the Hero of Socialist Labor, a decoration issued in the Soviet Union for achievements in culture and economy. Some 20,000 people were given the award in 1938-1991, starting with Josef Stalin.

Putin reinstated the award in March after meeting with his supporters who criticized Russia’s inequality, including multimillion “gold parachutes” for top managers of state corporations.

The Gini coefficient, or statistical measure of inequality, for income in Russia is estimated by World Bank at 40 points, which is comparable to the United States and China, but below most EU countries.

The only countries beside Russia to issue the Hero of Labor award are Kazakhstan, Vietnam and North Korea. The Russian award comes without a monetary prize.