In a First, a Russian Warship Docks in Israel 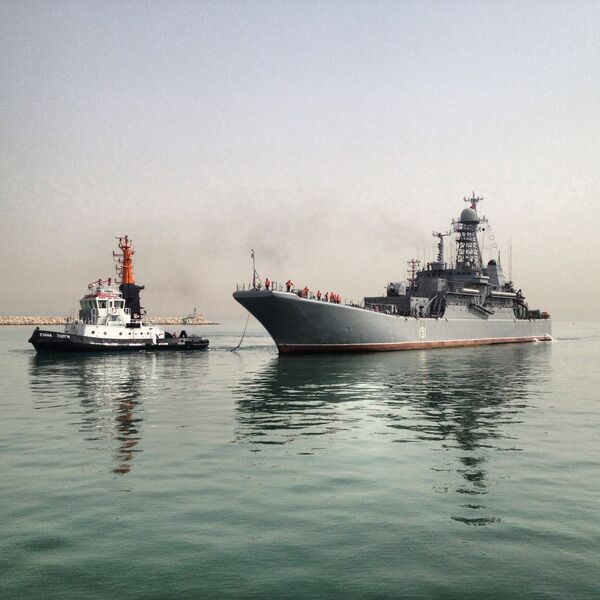 Azov will stay in Haifa until Friday to resupply and allow the crew to rest, a spokesman for the Russian Navy said.

City residents will also be allowed on board for a guided tour and treated to performances by the Black Sea Fleet orchestra reinforced by marines.

Azov is part of Russia’s task force in the Mediterranean, which is due to perform exercises off the coast of war-torn Syria, Captain Alexei Komarov, who heads the landing ship unit of the Black Sea Fleet, told journalists in Haifa.

He did not give a date for the exercises, but said the task force is prepared to evacuate Russian citizens from Syria, though no such order was given so far.

Russia currently has six ships in the Mediterranean, including the Azov, which made frequent trips to the region before, calling at the Russian resupply base in the Syrian city of Tartus.

Another six ships of the Pacific Fleet are on the way to the Mediterranean and expected to join the task force later this month.

Various expert estimates put the Russian diaspora in Syria at anywhere between 5,000 and 100,000, the majority of them women who married into Syrian families. Russia evacuated 77 of its citizens by bus in January.