‘Russian Mob’ Turncoat Arrested in Slaying of US Rapper 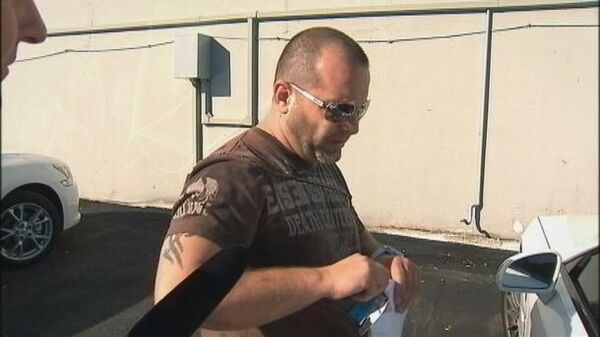 © Photo : WSB-TV
Subscribe
International
India
Africa
A Soviet-born gangster who became a prolific informant against Eurasian crime groups in the United States has been arrested on suspicion of ordering the murder of an American rapper known as “Lil Phat.”

WASHINGTON, April 29 (By Carl Schreck for RIA Novosti) – A Soviet-born gangster who became a prolific informant against Eurasian crime groups in the United States has been arrested on suspicion of ordering the murder of an American rapper known as “Lil Phat.”

“The alleged motive for the murder was drugs and other ‘business’ dealings in which the suspects were involved,” the office of Atlanta’s district attorney, Paul Howard, said in a statement provided to RIA Novosti.

Vernell, 19, was shot repeatedly on the evening of June 7, 2012, as he sat in an Audi A7 in a parking ramp at Northside Hospital’s Women’s Center in Atlanta, where his child was about to be born, according to local media reports.

Howard told WSB television in Atlanta that the two alleged gunmen, who hail from Alabama, tracked the rapper with a Global Positioning System immediately prior to gunning him down.

“He was stalked by these two hit men,” Howard told the station. “It was planned.”

Chulpayev is suspected of ordering the slaying, WSB television reported. He was arrested in Florida on April 12, and two of the other three suspects have also been taken into custody, the district attorney’s office said.

Chulpayev’s arrest comes on the heels of an investigation by local television stations in Houston and Atlanta that tracked down several clients of the convicted gangster’s car business in Atlanta. They said Chulpayev sold them expensive cars that he was unable to provide the title for.

Howard, the district attorney in Atlanta, told WSB television Sunday evening that two days prior to Vernell’s murder, the rapper told police that Chulpayev had leased him a stolen BMW.

George Plumides, whom the television station identified as Chulpayev’s lawyer, did not respond to a telephone request for comment left with his receptionist Monday. He told WSB, however, that his client has an alibi and was broken up over the rapper’s murder.

“Mani had nothing against this kid and grieved when he found out he was killed," Plumides was quoted as saying.

Chulpayev reportedly arrived in New York City with his family from Soviet Uzbekistan in the late 1980s and quickly took up a life of crime with small-time Brighton Beach gangs known as “brigades” that were made up primarily of fellow immigrants from the Soviet Union.

After his arrest in 1998, he cooperated with federal authorities and admitted to engaging in a range of felonies, including trafficking women from the former Soviet Union to work as prostitutes in the United States, protection rackets targeting small businesses, and a variety of financial scams.

He testified to being “the money handler and the scheme organizer” for a crime group that US authorities called the “Gufield-Kutsenko Brigade,” The New York Times reported in 2002.

“I came up with the scams,” Chulpayev testified, the Times reported.

Chulpayev’s decision to turn state’s evidence, which led to dozens of convictions of members of Eurasian crime groups in the United States, so impressed authorities that he was granted time served for his admitted crimes in 2002.

In handing down the sentence, US federal judge Nina Gershon called Chulpayev’s crimes “chilling and inhuman” but said he proved to be “one of the most valuable witnesses in the history of the government’s battle against Russian organized crime,” the New York Daily News reported at the time.

Terms such as “Russian organized crime” and “Russian mob” are umbrella terms commonly used in the United States to refer to fragmented crime networks hailing from former Soviet republics, even if their members are not ethnic Russians or do not hold Russian passports.

Yvette Jones, a spokeswoman for the district attorney’s office in Atlanta, told RIA Novosti that it is unclear what citizenship Chulpayev holds but that “we know he is not a US citizen.”

Chulpayev became a protected witness after testifying against his fellow gang members, but he pleaded guilty in 2005 to conspiring to steal automobiles, change their identification numbers and resell them.

Once again, however, federal prosecutors noted his willingness to serve as a turncoat in the case and asked that his sentence be cut by around three years.

“Chulpayev promptly sat down with the FBI to discuss his role and the role of others in the stolen car conspiracy,” prosecutors wrote in the motion requesting a lighter sentence. “Through his information, agents were able to more fully identify and ultimately apprehend two other participants in the racket.”

He also provided crucial evidence against a South Carolina woman convicted in 2006 of paying $50,000 to a man to have her former lover killed, prosecutors noted in the motion.

It was not immediately clear Monday how much time in prison Chulpayev served for the stolen-car scam.

An individual facing murder charges in the United States should not expect much of a reward for cooperating in the investigation, said Mark Galeotti, an expert on Russian crime networks and a professor at New York University.

“Murder – and especially from someone who may seem to be a serial recidivist – is treated very seriously,” Galeotti told RIA Novosti. “Unless he has some quite extraordinary new information to trade for a deal, I’d not expect to see much lenience.”