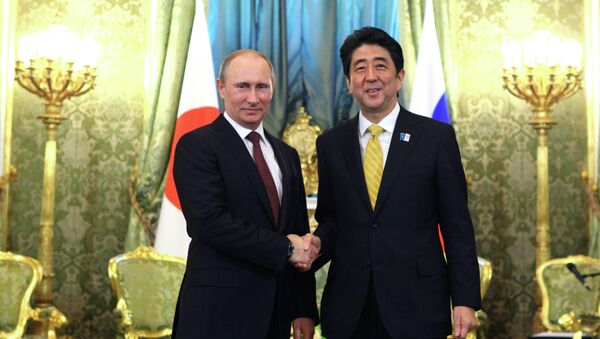 “The two countries’ leaders have condemned the conduct of the DPRK [Democratic People’s Republic of Korea, the official name of North Korea], which, despite calls from the international community, is pertinaciously refusing to give up the creation of nuclear weapons and ballistic missiles,” the statement said.

Tensions have risen sharply on the Korean Peninsula since December, when North Korea tested a long-range Taepodong 2 missile, followed in February by its third nuclear test.

The UN responded with sanctions. The start of joint military exercises between South Korea and the United States last month further irritated the North, which threatened to carry out a nuclear attack on the US mainland, as well as on US forces in the region.

The Russian-Japanese joint statement also said the Russian president had called for the soonest possible settlement through talks of the issue of abductions of Japanese citizens by North Korea from 1977-1983.