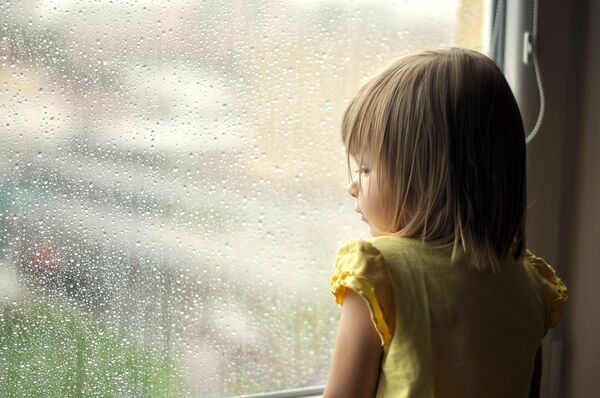 © Fotolia / muro
Subscribe
Russia has no plans to ban Irish citizens from adopting Russian children, despite Irish lawmakers lobbying for an EU-wide blacklist of Russian officials, a spokesman for the Russian Embassy in Dublin told RIA Novosti on Monday.

MOSCOW, April 29 (RIA Novosti) – Russia has no plans to ban Irish citizens from adopting Russian children, despite Irish lawmakers lobbying for an EU-wide blacklist of Russian officials, a spokesman for the Russian Embassy in Dublin told RIA Novosti on Monday.

“The media has overplayed it, there are no plans for a tit-for-tat ban,” Nikolai Ivanov said by telephone.

In March, the Irish parliament’s foreign affairs and trade committee drafted a resolution calling on the EU to blacklist Russian officials implicated in the prison death of Russian lawyer Sergei Magnitsky in 2009.

Commenting on the case to the committee in a letter last month, Russian Ambassador to Ireland, Maxim Peshkov, said the blacklist could have “a negative influence” on the new Russian-Irish adoption agreement that is in the works.

Peshkov’s letter was leaked to the press last Friday, causing a stir. The head of the Alliance of Liberals and Democrats for Europe group in the European Parliament, Guy Verhofstadt, denounced it as “blackmail.”

But adoption talks are still ongoing, Ivanov said. He confirmed the letter’s authenticity, but said it never made a direct link between the two issues.

The committee is set to discuss the resolution on Wednesday and hopes to negotiate a compromise by then, its head Pat Breen told RIA Novosti.

Ireland holds the EU presidency until the end of June.

About 1,500 Russian children have been adopted in Ireland since the Soviet Union’s collapse, according to the Russian Embassy in Dublin. None of them are reported to have sustained any abuse after moving to Ireland.

The United States was hit by an adoption ban in Russia after blacklisting a number of Russian officials under the Magnitsky Act, passed in December. The ban was nominally introduced over concerns after several high-profile cases in which Russian children died or were ill-treated by their US adoptive parents, but was widely interpreted by analysts as retaliation to the Magnitsky Act, which stipulates US visa and assets bans for Russians whom the US deems guilty of human rights abuses.

Magnitsky died in pretrial detention in Moscow after being arrested on tax evasion charges that were brought after he accused several state officials of embezzling $230 million. His supporters allege that the case was fabricated and that he was abused in prison.

Russian officials are routinely accused of embezzling money to purchase assets, including real estate, in the EU and the United States, though such allegations rarely reach court.