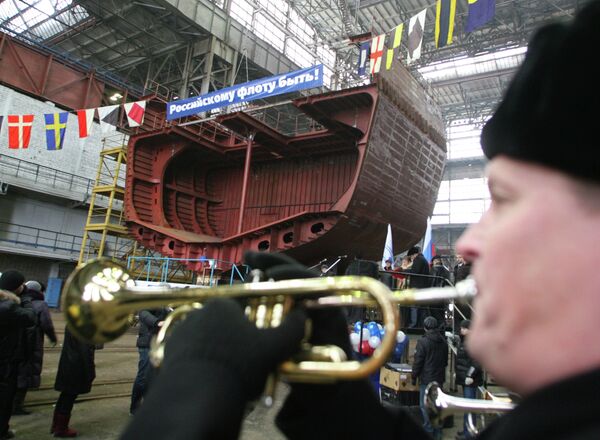 “The newest Project 11356 escort ship, the Admiral Grigorovich, should be launched in 2013 and join the Black Sea Fleet in 2014,” Fedotenkov said.

The Kaliningrad-based Yantar shipyard is to build a total of six Project 11356 frigates for delivery between 2014 and 2016 under a contract with the Defense Ministry.

The Project 11356 frigates, displacing 3,850 tons, are designed for anti-surface and anti-submarine warfare, both independently and as an escort, and are also armed with air defense systems.

The Indian Navy received two Talwar class frigates, based on the 11356 design, in April and November last year, Times of India reported.