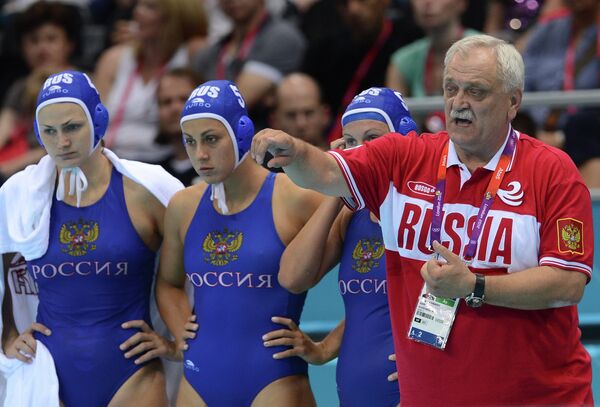 Tankeeva, 23, has been suspended after failing a drug test taken April 26, along with one of her teammates at the Shturm 2002 club, Evgenia Pustynnikova.

“On the basis of conclusions on the presence of prohibited substances in the 'A' sample of athletes Ekaterina Tankeeva and Evgenia Pustynnikova, they have been provisionally banned from participating in training camps and competitions,” RUSADA said in a statement on its website.

Both have requested their 'B' samples be tested, the Russian Water Polo Federation said. In the event of such a request, both 'A' and 'B' samples must test positive for a ban on the athletes to be implemented.

Besides Tankeeva, of Russia's 436 athletes at the London Olympics, two have received doping bans and two are provisionally suspended over doping claims.