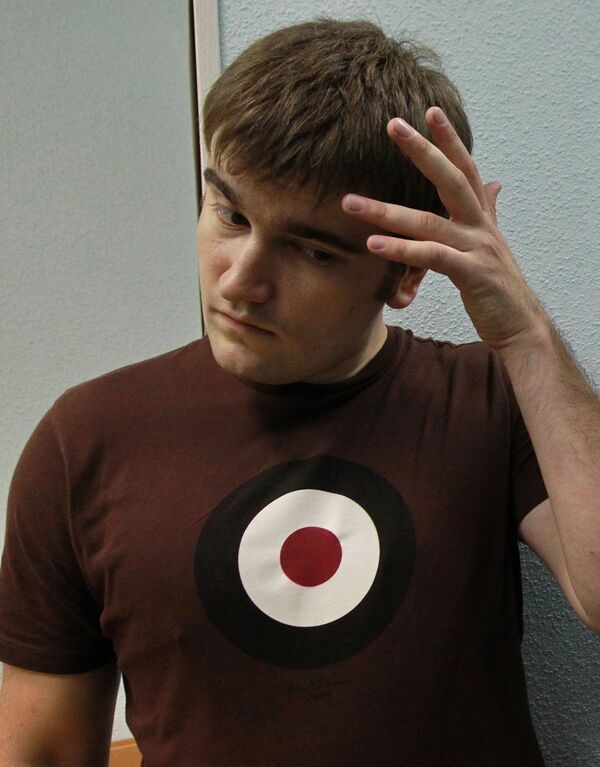 Alexei Gaskarov, a member of the opposition’s Coordination Council, was ordered to remain in custody for five months after investigators accused him of leading a group of hooded protesters in the violent scuffles that took place on Bolotnaya Square in Moscow on the eve of Vladimir Putin’s inauguration as president last year.

The Investigative Committee maintains that during the unrest on the square that day, Gaskarov also “used violence against a policeman, obstructing him from performing his duty to detain aggressive people.”

“[Gaskarov] dragged a police officer off another person, and pushed him down onto the asphalt,” investigator Alexei Bykov told the court on Monday, RAPSI legal news agency reported.

Gaskarov has dismissed the accusations. Shortly after the May 6 rally, he reported to the Investigative Committee that he had been brutally beaten and hit with a rubber baton by the police. He maintained that he had not committed any acts of violence himself, and cited as evidence of violence against him pictures and videos from the scene showing him bleeding.

His appeal to the investigators went unanswered, but the court agreed to incorporate it into the case against him.

Hundreds of people were detained on May 6 last year when the authorized anti-Kremlin rally ended in clashes between the demonstrators and police.

Gaskarov, who was detained on Sunday evening, has become the 28th protester to be implicated in the string of cases opened over the May 6 rally, which has been widely criticized as a Kremlin clampdown on the opposition movement.

The activists and rights groups insist that the clashes were provoked by the police, who forced the crowd into a bottleneck, and that the riot policemen used violence to disperse the rally.

Most were released, but a case was soon opened into what the investigators have branded mass riots. The probe is ongoing.

The opposition’s Coordination Council, which lists Gaskarov as a member, is an unofficial group that aims to be the sole representative of Russia’s heterogeneous anti-Kremlin movement, which comprises forces from across the country’s political and ideological spectrum. He is also a leader of the Antifa leftist anti-fascist group.

In 2011, Gaskarov was tried and acquitted in a case over a 2010 incident in which about 90 masked anarchist and anti-fascist activists threw flares and fired pneumatic pistols at Khimki’s main administrative building in the Moscow Region in protest against the government’s plan to construct a highway through local forestland.