Putin Vows to Kill Off Corruption 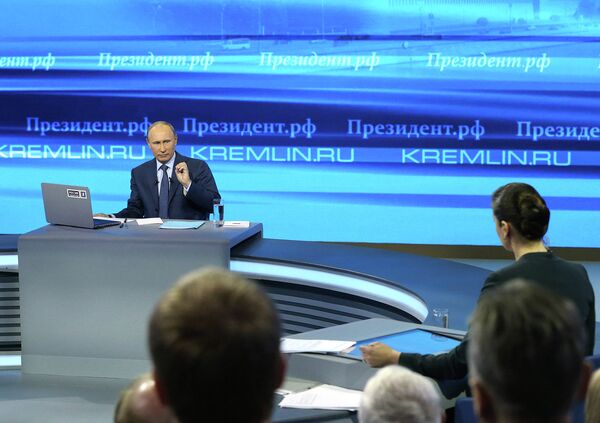 Putin said that corruption on an everyday level is particularly pervasive in Russia and "presents a threat to society."

“We will fight against it no less stubbornly than against inflation. We will kill it off,” he added, speaking at a live Q&A session with the Russian public.

The Transparency International global watchdog estimated the cost of corruption in Russia at $300 billion in 2012, placing Russia 133rd out of 174 countries in its Corruption Perceptions Index last year.

Putin also defended the investigation into a high-profile case of suspected fraud totaling over 13 billion rubles ($433 million) at the Defense Ministry. The case saw the dismissal of Defense Minister Anatoly Serdyukov, who has been questioned, but not charged, by investigators.

“The investigation is objective, and will be seen through to the end,” Putin said.

The Kremlin campaign against corruption saw parliament approve in its third and final reading on Wednesday a law that bans state officials, lawmakers and judges from keeping their money in foreign bank accounts.

“[If people] want to work for the state, then they should transfer their money here – no one will take it away from them,” Putin said, adding that foreign bank accounts make people “dependent” on the government in the country where the money is kept.