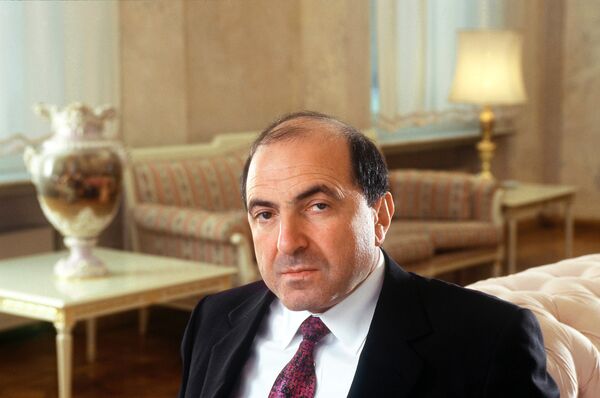 © RIA Novosti . Sergei Guneew
/
Go to the mediabank
Subscribe
International
India
Africa
President Vladimir Putin said on Thursday he had received two apologetic letters from the late self-exiled Russian tycoon Boris Berezovsky, while denying he ever enjoyed “a close relationship” with the man who claimed he had paved Putin's political ascent to the top.

MOSCOW, April 25 (RIA Novosti) – President Vladimir Putin said on Thursday he had received two apologetic letters from the late self-exiled Russian tycoon Boris Berezovsky, while denying he ever enjoyed “a close relationship” with the man who claimed he had paved Putin's political ascent to the top.

Putin said the first letter from Berezovsky was passed to him by a former Russian business partner in February, while the second was handed over by a foreign business partner after the tycoon’s apparent suicide in March.

“The letters were written in a quite private manner, though we had never shared a close relationship. We were acquainted, of course, but we were not close,” Putin said during his annual televised Q&A session.

Berezovsky repeatedly said in his interviews in exile that he felt responsible for the rise of Putin to the Kremlin. A trained mathematician and once one of Russia's wealthiest businessmen, Berezovsky fled Russia in 2000, fearing a criminal prosecution against him over alleged fraud at companies he managed, which he claimed was politically motivated.

Sixty-seven-year-old Berezovsky died in unclear circumstances at his home in Britain last month. Soon after his death was reported, a Kremlin spokesman said Putin had received a letter from Berezovsky asking a permission to return to Russia.

Putin revealed for the first time on Thursday he had received two letters from Berezovsky, adding one was handwritten and the other partly in print and partly handwritten. He said that in both letters, Berezovsky, who was wanted by Russian prosecutors, wrote that “he considered he had made many mistakes, asked for forgiveness and to return to the motherland.”

Putin said he left the appeals unanswered, adding he does not plan to publish the letters because he considers them private. The president said he was advised to release the letters, but he “thanks God” for not doing so.

The two businessmen were involved in a multi-billion dollar lawsuit against each other in a London court last year, which Abramovich won.

Putin also said Russia has no evidence indicating foreign intelligence services could be involved in Berezovsky’s death, a theory which has been much touted in the Russian media.