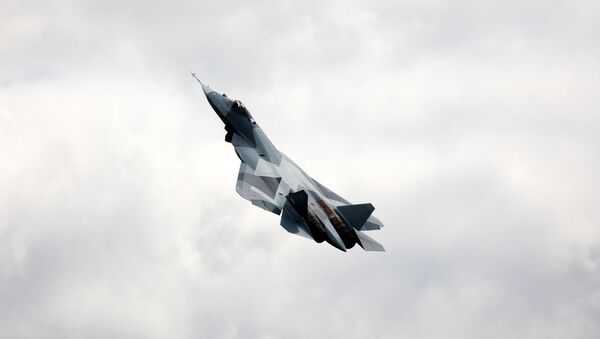 MOSCOW, April 25 (RIA Novosti) – Russia’s fifth-generation T-50 fighter jet will enter service with the country’s armed forces in 2016, and not 2015 as was previously announced, President Vladimir Putin said on Thursday.

“The T-50 fifth generation jet should go into serial production and enter service in 2016,” Putin said at a live Q&A session with the Russian public.

The Defense Ministry had earlier said the jet would be ready in 2015.

The T-50, also known as PAK-FA (future tactical fighter aircraft), first flew in January 2010 and was presented to the public at the Moscow Air Show in 2011.

The T-50, which will be the core of Russia's future fighter fleet, is a fifth-generation multirole fighter aircraft featuring elements of "stealth" technology," super-maneuverability, super-cruise capability (supersonic flight without use of afterburner), and an advanced avionics suite including an X-band active phased-array radar. 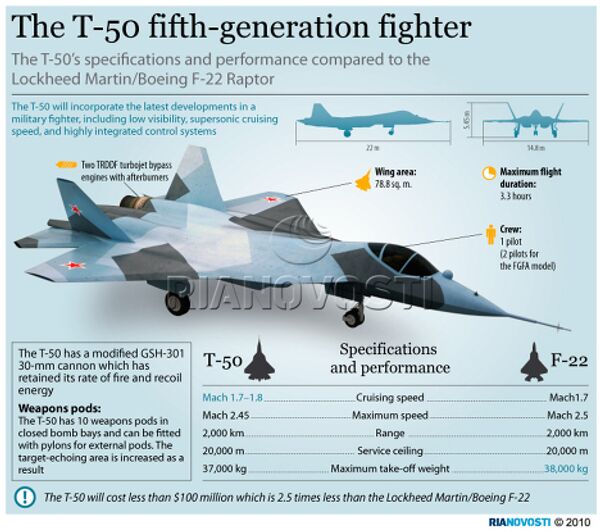