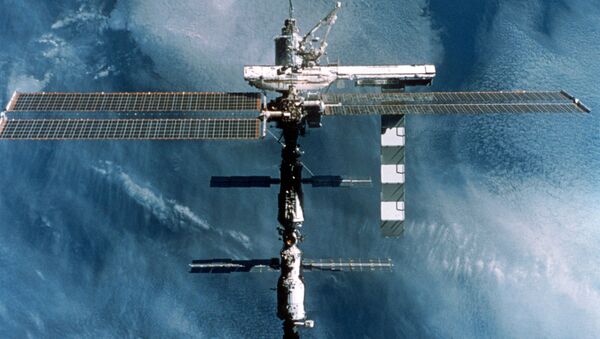 Spending time in space could be bad for your health and the culprit could be microgravity, US military researchers said after a two-year experiment that compared human cells that went up on the space shuttle with cells that stayed on Earth.

WASHINGTON, April 24 (RIA Global) – Spending time in space could be bad for your health and the culprit could be microgravity, US military researchers said after a two-year experiment that compared human cells that went up on the space shuttle with cells that stayed on Earth.

Researchers at the US Army Medical Command analyzed data collected during the final flight of the shuttle Atlantis in 2011, which, in addition to carrying astronauts and scientific equipment into space, had a cargo of living human cells in a sterile module.

During the shuttle’s two-week flight, astronauts periodically pushed a button to infect the cells with bacteria that can cause a serious infection that results in the immune system attacking the body's own organs and tissues.

When the shuttle returned to Earth, the cells that went into space were compared with similar cells that stayed on Earth where they were subjected to the same bacteria bombardment.

The researchers, who presented the results of their two year study at the Experimental Biology conference in Boston this week, found that the cells that went up on the shuttle had a less robust immune response than those that stayed on Earth.

“Genes involved in immune responses to pathogens were altered in microgravity compared to the ground," Rasha Hammamieh, deputy director of the Integrative Systems Biology Program at the US Army Medical Command, and a lead researcher on the project, told RIA Novosti.

For astronauts and cosmonauts, "that means that it will be easier to get sick,” she said.

Dr. Marti Jett, director of the Integrative Systems Biology Program, hypothesized that the cells on the shuttle were “so busy doing something else – dealing with a stressor, in this case microgravity – that they didn’t deal with the pathogen.”

Earlier studies, including research conducted on the Soviet Salyut-6 long-duration orbital space station, launched in 1977, have also concluded that space flight negatively impacts the human immune response, but the reasons for the reduced response remain unclear.

Jett and Hammamieh want to conduct more studies on the human immune response in space, as do researchers at the University of Houston, who announced this week that they are working with NASA on an experiment that will measure how space flight affects the ability of the immune system to do its job.

Researchers from the University of Houston will analyze blood, urine and saliva samples taken from astronauts before they travel into space, while they are on the International Space Station (ISS), and when they return to Earth, looking for proteins that the body uses to fight infection, Dr. Richard Simpson, a lead researcher on the study, told RIA Novosti.

The samples collected on the ISS will be brought back to Earth via Soyuz spacecraft, Simpson said.

The researchers will be looking for viruses that lie dormant in the body until they are activated “when you’re stressed or rundown,” he said.

“It’s important to determine if the immune system is impaired before we start exploration class space mission – such as to Mars or an asteroid,” Simpson said.

The first samples are expected to be collected “within the next few months,” and the researchers will do follow-up tests with each astronaut over a period of 14 months.

According to earlier research, 15 of 29 Apollo crew members developed bacterial or viral infections during their missions or immediately after they returned to Earth, with scientists pointing fingers at impaired immune response as a possible cause.