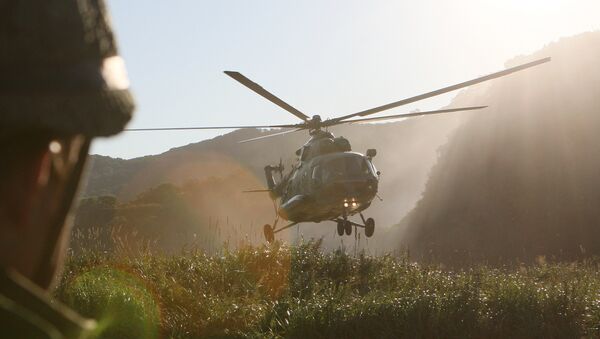 Special forces, including Special Operations Troops, VDV and Navy and Army special units, will be trained at a military intelligence department of the Ryazan VDV Academy, Shamanov said in an interview with RIA Novosti.

The program will be launched within the next two or three years, he said.

Shamanov also said he has proposed the establishment of a rapid reaction corps and creation of a separate “mobile” military district in Russia.

The rapid reaction corps, including the VDV, the Special Operations Troops, naval infantry and other units, would be placed under the command of the General Staff of the Russian Armed Forces, he said.

That would result in the creation of a fifth tactical-strategic command that would make it possible to provide “a comprehensive response to threats and challenges both inside and outside the country,” he said.

That refers primarily to peacekeeping operations under UN auspices as well as operations carried out as part of Russia’s obligations to its Collective Security Treaty Organization (CSTO) allies, Shamanov said.

Russia currently has four military districts (tactical-strategic commands) established as part of the military reform that started in 2008, replacing the former six districts.