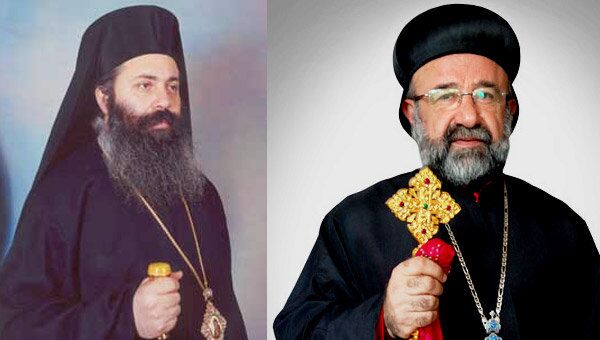 © Photo : MSCR
Subscribe
The fate of two Syrian Orthodox bishops kidnapped in Syria earlier this week remained unclear on Wednesday, with conflicting reports about whether they had been released.

MOSCOW, April 24 (RIA Novosti) – The fate of two Syrian Orthodox bishops kidnapped in Syria earlier this week remained unclear on Wednesday, with conflicting reports about whether they had been released.

Bishop Boulos Yazigi of the Greek Orthodox Church and Bishop John Ibrahim of the Assyrian Orthodox Church were kidnapped at gunpoint in the village of Kafr Dael, the Syrian news agency SANA reported on Monday. The bishops were on a humanitarian mission.

Bishop Tony Yazigi told Reuters in the capital, Damascus, on Tuesday that the two men had been freed.

But a statement posted late on Tuesday on the website of the Antiochian Orthodox Christian Archdiocese of North America said the report was false.

“The release of these two hierarchs has NOT taken place,” the statement read. “We ask you to continue to pray for their safety, and eventual release.”

A spokesperson for the Antiochian Patriarchate in Moscow declined to comment on the reports, when contacted by RIA Novosti.

It was not immediately clear who kidnapped the men. Syrian state media reported that the two bishops were abducted by rebels, while the opposition has accused forces loyal to President Bashar al-Assad.

Corrects references to Wednesday in paras 3,4 to Tuesday