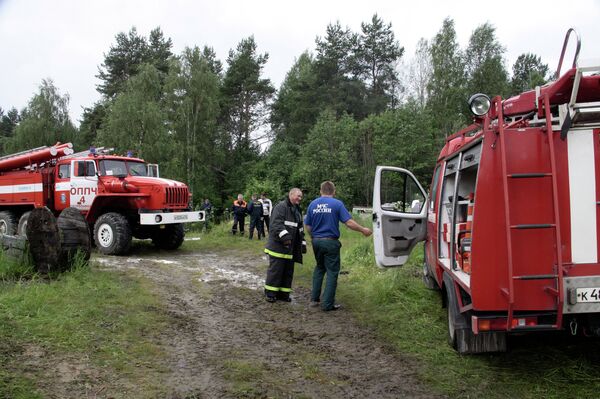 According to investigators, Maj. Gen. Kanamat Botashev took part in a flying exercise on June 28, 2012 without proper training and authorization.

Botashev took control of the aircraft, and tried to perform a tail-slide, a complex aerobatic maneuver. He mishandled the jet, causing the aircraft to spin out of control and to crash in a forest.

Both he and the other pilot ejected safely. No-one on the ground was hurt.

Botashev was charged with abuse of authority and violating flight rules leading to serious consequences. Prosecutors are seeking a five-year prison sentence for Botashev and over 100 million rubles ($3.2 million) in damages.

“I plead guilty to this crime and am willing to compensate for the damage caused by my actions,” Botashev said on Tuesday in a closing statement. “However, I do think that the damage ought to be accurately assessed by economists,” he said.

Botashev asked the court to refrain from giving him a prison term, saying he had resigned from the armed forces immediately after the accident. He also asked the court to take into account his remorse and his good service record, his government awards and his financial status.

He will be sentenced on April 24.

The Su-27 is a Russian-made multirole single-seat fighter aircraft, well known for its high maneuverability and ability to perform aerobatics unrivalled by most other jets. The Su-27UB is a two-seat version used for conversion training.