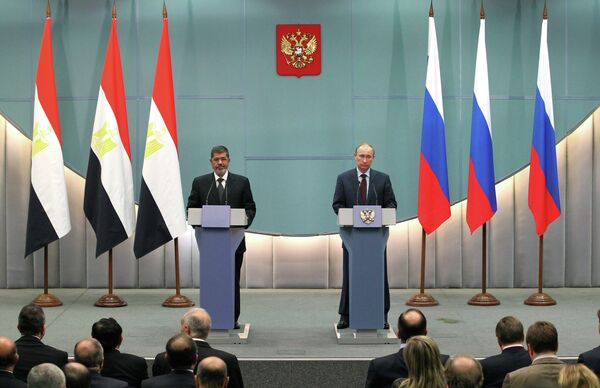 Egypt has invited Russia to join a project to build a nuclear power plant (NPP) in the country and to develop Egyptian uranium deposits, Russian Energy Minister Alexander Novak said on Friday.

The Egyptian delegation “has come up with a proposal for [Russian state nuclear energy corporation] Rosatom to send a delegation to resume cooperation on Egypt’s peaceful atom development program and on the construction of nuclear power generation facilities,” Novak said.

The Russian minister said Egypt plans to build a nuclear power plant with a capacity of four gigawatt before 2025.

Russian presidential aide Yuri Ushakov said that Egypt, which has been seeking a $4.8 billion loan from the International Monetary Fund (IMF), has also requested a loan from Russia. He did not disclose the sum, saying only that it was “pretty significant.”

“A loan issue was broached. The financial authorities will enter into contact. The chiefs of financial structures were instructed to discuss [the issue],” he told journalists.

The proposals were made during Russian President Vladimir Putin’s meeting with his Egyptian counterpart Mohammed Morsi in Sochi on Friday.

Speaking after the talks, Putin said the sides have agreed to diversify trade and economic relations.

“We have agreed to seek to diversify trade and economic ties, to pay more attention to investment cooperation,” the Russian president said, adding that joint projects in agriculture, industry and energy could accelerate potential growth.

The two states have increased their trade turnover by almost 70 percent in the past two years, with bilateral trade growing to $3.5 billion in 2012. Russia exports grain, wood, vehicles, equipment and ferrous metals to Egypt, and imports fruit and vegetables.

Egypt also remains the third most popular holiday destination for Russians, after Turkey and China. About 2.5 million Russians visited the country last year, up 39 percent from 2011.