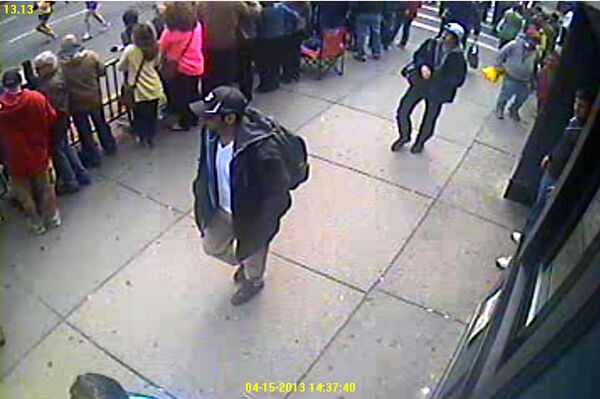 The uncle of the suspected Boston marathon bomber who was the subject of a massive manhunt in and around Boston on Friday called him a loser who had brought “shame on the entire Chechen ethnicity.”

WASHINGTON, April 19 (by Karin Zeitvogel for RIA Novosti) – The uncle of the suspected Boston marathon bomber who was the subject of a massive manhunt in and around Boston on Friday called him a loser who had brought “shame on the entire Chechen ethnicity.”

“He put shame on our family, on the entire Chechen ethnicity,” Ruslan Tsarni told reporters outside his home in the Washington suburb of Montgomery Village, Maryland.

“Now everyone plays with the name ‘Chechen’ when they talk about these atrocities,” Tsarni said, calling on his 19-year-old nephew, Dzhokhar Tsarnaev, to turn himself in.

Tsarnaev, who with his brother Tamerlan is suspected of planting homemade bombs near the finish line of Monday’s Boston Marathon, which killed three people and maimed or injured almost 200 others, was the target of a massive manhunt around Boston Friday that saw the entire city of more than 625,000 residents locked down. Tamerlan, 26, was killed in a shootout with police overnight.

“Turn yourself in and ask forgiveness from the victims, the injured… forgiveness of these people,” Tsarni said.

“The real victims are those who were murdered – the little boy, the Chinese girl, the 29-year-old. I never imagined that the children of my brother would be associated with that. It is an atrocity,” he said.

Tsarni said he had not been in touch with his brother’s family since December 2005. The family are “Muslims, ethnic Chechens,” he said.

Asked why he thought his nephews might have carried out Monday’s bomb attack on the marathon, Tsarni said: “Being losers hatred to those able to settle themselves are the only reasons.”

“Anything else to do with religion, with Islam, is a fraud, a fake,” he said, adding that his nephews must have been radicalized by someone outside the family.

Tsarni said his nephews moved to the United States with their family from Kyrgyzstan in 2003, settling in Cambridge, a Boston suburb.