Russia to Get New ICBM Later this Year 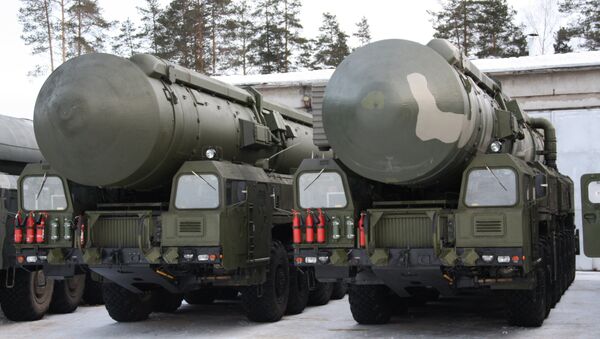 A defense industry source previously told RIA Novosti the Armed Forces will take delivery of a fifth-generation Yars-M missile before the end of the current year.

Karavayev declined to provide any details, including the missile’s specifications.

The existing RS-24 Yars (NATO reporting name, SS-29) is a MIRV’ed ICBM that is heavier than the Topol-M (SS-27 Stalin) and can carry up to 10 independently targetable warheads.

The RVSN previously said that the Topol-M and RS-24 ballistic missiles will be the mainstay of the ground-based component of Russia's nuclear triad and would account for no less than 80 percent of the RVSN’s arsenal by 2016.

Karavayev also said the Tatishchevo RVSN Division, near the city of Saratov in southwestern Russia, at present has 60 Topol-M missile systems.

The Topol-M missile, with a range of about 7,000 miles (11,000 km), is said to be immune to any current and planned US antiballistic missile defense. It is capable of making evasive maneuvers, and carries targeting countermeasures and decoys.