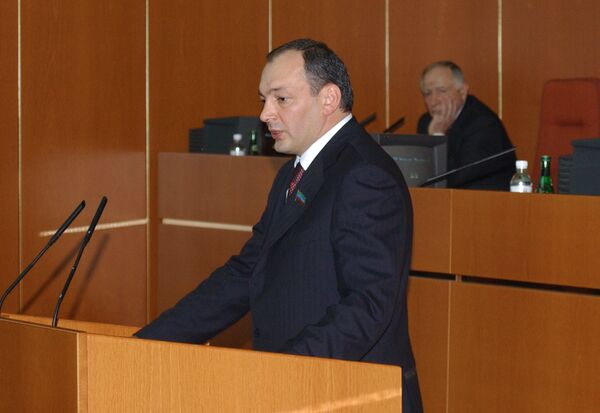 The legislature of Russia’s North Caucasus Republic of Dagestan on Thursday voted overwhelmingly against reintroducing direct elections of the regional head.

A total of 74 lawmakers voted against direct elections while nine voted in favor and two abstained. Lawmakers from the Communist Party and the Patriots of Russia supported direct elections, while United Russia, A Just Russia and the Right Cause voted to reject them.

Lawmakers in Dagestan are now set to ask the Russian president to allow them to elect a new regional leader before September 8. Russian President Vladimir Putin accepted the resignation of Dagestan's head Magomedsalam Magomedov in late January. No official reason has been given for his resignation.

“The lawmakers decided to send a request to the president because delaying the vote makes no sense, taking into account that a decision to hold elections has already been made,” a spokesman for the Dagestani parliament said.

The republic’s acting leader Ramazan Abdualtipov expressed his support for the move.

On April 2 Russian President Vladimir Putin signed a law allowing regional lawmakers to decide whether a regional leader should be elected by direct popular vote or whether regional legislatures should choose one from a list of nominees approved by the president.

The law stipulates that should a region opt against holding a popular elections, each party in the regional legislature will be entitled to nominate up to three candidates for presidential approval. Before the nomination, would-be republic heads must close all their accounts in foreign banks and sell off any foreign assets.

Russia's North Caucasus republics were widely seen as the most likely regions to reject direct elections. Lawmakers from another Caucasus republic, Ingushetia, also prepared a similar bill and plan to consider it in the first reading on April 24.

The parliament of Kabardino-Balkaria, a North Caucasus region due to elect its leader in 2015, said its lawmakers have enough time to study the experience of the other regions and debate the issue with the region’s public organizations and citizens.

The Parliaments of Karachayevo-Cherkessia and Chechnya are yet to discuss the issue. Lawmakers from North Ossetia were not immediately available for a comment.