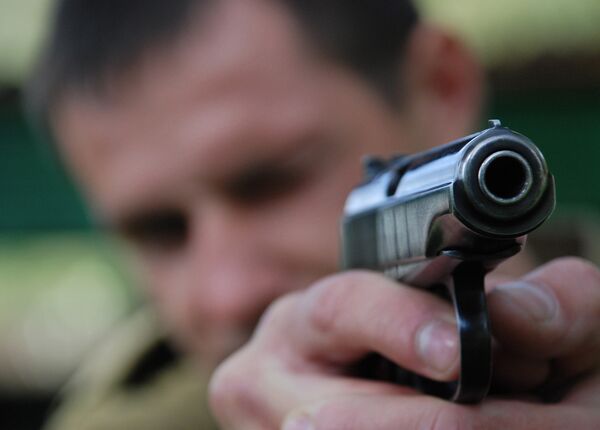 Russia’s lower house of parliament, the State Duma, on Wednesday adopted in the first reading a bill toughening punishment for shooting in public places.

The amendments to the Russian Administrative Offenses Code were proposed by a group of Duma deputies. In line with the draft law, those shooting in inhabited localities and at sites where shooting is not allowed will be fined 50,000 rubles ($1,575), their weapons license suspended, weapons seized, and may also face short jail terms of up to 15 days.

In case street shooting was carried out by a group of persons or a person in a state of intoxication, the fine will be tripled.

Fines for shooting at shooting ranges but with violations of regulations will be raised to 50,000 rubles (currently 2,000-5,000 rubles).

Russian nationals in general are only allowed to carry some kinds of non-lethal weapons, including rubber-bullet pistols, with them.

The toughening of legislation follows a few incidents in Russia last year when participants of wedding corteges opened fire on the streets to celebrate the occasions.

In one such incident in September 2012, a wedding motorcade caused shock and alarm among Moscow residents when guests started shooting into the air from rubber-bullet handguns and blocked a road in the city center. At least 15 people were detained over that incident. They were fined and released.

Updated with background in graf 6, details in last graf.