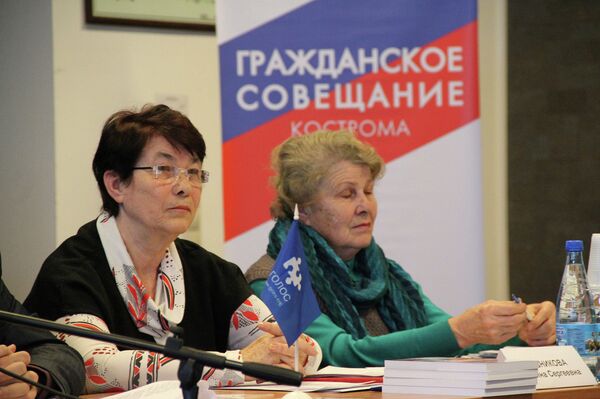 MOSCOW, April 17 (RAPSI) - Prosecutors in the Russian city of Kostroma have branded the regional Committee of Soldiers' Mothers NGO as a “foreign agent,” the Agora interregional human rights association reported on Wednesday.

A highly controversial law on NGOs, which took effect in November 2012, requires NGOs involved in political activity which receive foreign funding to register as "foreign agents." Once registered, these NGOs are subject to increased scrutiny.

According to Agora, Kostroma Deputy Prosecutor Alexander Smirnov said the Committee of Soldiers' Mothers receives funding from the United States.

Prosecutors said the committee's reporting of alleged violations during the State Duma elections in December 2011 and the presidential elections in March 2012 was political activity.

Soldiers' Mothers Committee Chair Irina Reznikova said the organization did not engage in politics during the elections, but its members reported violations as civic-minded private individuals.

Furthermore, the reporting of violations in the elections occurred before the adoption of the law on NGOs, she said, adding it appears prosecutors have applied the law retroactively, contrary to the Constitution.

The committee could face a fine of up to 500,000 rubles ($15,900) for failing to file for inclusion in the register of NGOs listed as foreign agents.

The Committee of Soldiers' Mothers is a non-government organization established in 1991 to protect the rights of conscripts, military personnel and their families. The committee has about 300 regional branches.