Sochi Plans to Kill Stray Animals Ahead of Olympics 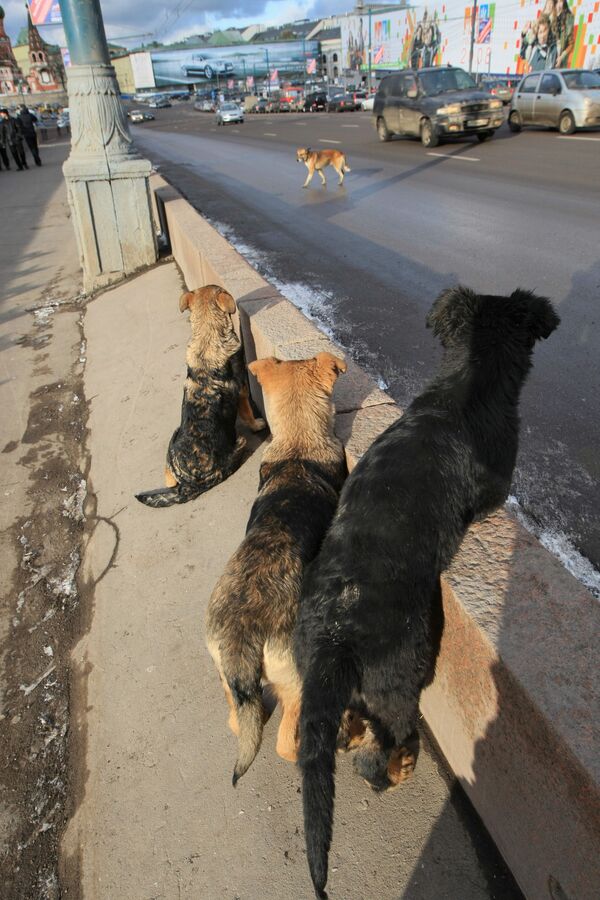 © RIA Novosti . Mikhail Fomichev
/
Go to the mediabank
Subscribe
International
India
Africa
Sochi authorities have announced plans to exterminate more than 2,000 stray dogs and cats in the city ahead of the 2014 Winter Olympic Games, prompting animal rights activists to rally in their defense, RBC Daily said on its website on Wednesday.

MOSCOW, April 17 (RIA Novosti) – Sochi authorities have announced plans to exterminate more than 2,000 stray dogs and cats in the city ahead of the 2014 Winter Olympic Games, prompting animal rights activists to rally in their defense, RBC Daily said on its website on Wednesday.

According to the official Russian website for public tenders, the city administration of Sochi is prepared to pay more than 1.7 million rubles (about $54,000) for “work to catch and dispose of” more than 2,000 dogs and cats from 2013-2015.

Sergei Krivonosov, a United Russia representative from Sochi in the State Duma, confirmed in an interview with RBC that city officials consider it necessary to deal with the issue in order to ensure the safety of foreign visitors and improve the city’s image. Unofficial data cited by the news website shows that from five to ten people seek medical assistance daily after being attacked by stray animals in Sochi.

Krivonosov said that though it would be more humane to invest in animal shelters, it would put an additional strain on the city budget.

“It’s obvious that there should be no animals on the streets. We have responsibilities to the international community,” the lawmaker said. “Killing [the animals] is just a faster way to solve this task,” he said, adding that he did not agree with the decision to exterminate the strays.

Krivonosov called on animal rights activists, who rallied on Saturday to demand “humane” ways of regulating stray animal numbers in the city, to come up with “realistic” proposals, adding that discussions on the issue are still ongoing.

Olga Noskovets, who organized the rally, said that killing animals is ineffective as their population quickly grows back to previous levels.

“For some time, there will visually be fewer of them, but it won’t solve the problem. Moreover, if you kill dogs and cats, the rat population starts to increase rapidly,” she said.

The issue of animals was also in the spotlight on Tuesday, when the Russian State Duma approved in a first reading a bill imposing fines on those who violate the rules for keeping pets, such as not walking dogs in children’s playgrounds.